...and Northrop Grumman contracted to complete the design of signals intelligence sensor for high-altitude surveillance. 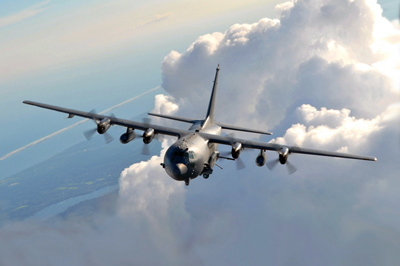 A versatile US war plane could soon be getting a stealthy super-laser weapon to find enemy targets before too long. Lockheed Martin says it has completed initial factory acceptance testing of its AHEL, or airborne high energy laser, for the Lockheed AC-130J Ghostrider gunship.

The next step is ground and flight-testing of the laser by the US Air Force. In a statement from Bothell, Washington, where Lockheed Martin maintains a large laser and sensor systems facility, the company said that it had delivered the AHEL subsystem to the Air Force for integration with other systems in preparation for ground testing and ultimately flight testing aboard the AC-130J.

Rick Cordaro, Lockheed Martin’s vice president for Advanced Product Solutions, commented, “Completion of this milestone is a tremendous accomplishment for our customer. These mission success milestones are a testament of our partnership with the U.S. Air Force in rapidly achieving important advances in laser weapon system development. Our technology is ready for fielding today.”

Lockheed this week told optics.org that its AHEL had soared through all Air Force tests. “It met all of our customer’s technical and environmental requirements,” said Tyler Griffin, the advanced product solutions strategy and business development director.

“The AHEL design showcases the reliability and ruggedization inherent in our spectrally combined fiber laser products. These characteristics are a great match for this workhorse platform and its many missions.

“Our laser product architecture is highly scalable and modular, enabling the power level to be tailored to specific missions. We look forward to supporting the U.S. Air Force as this capability transitions into the field as soon as possible.”

According to the American Special Ops website, the arsenal on the AC-130J includes the Precision Strike Package (PSP), which can include a variety of sensors and targeting systems.

The site says the AC-130J weapons package may include a 105mm howitzer, as can be found on existing AC-130H/U models, as well as wing-mounted laser-guided AGM-114 Hellfire missiles.

In January 2019, Lockheed Martin was awarded the contract for integration, testing and demonstration on the AC-130J aircraft. The next stage of work is expected to be carried out in Virginia, Washington, and Florida through July 2026. 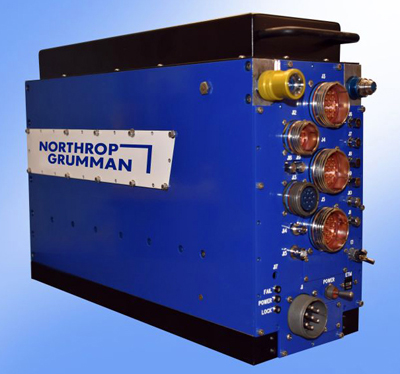 Under the Air Force’s Global High-altitude Open-system Sensor Technology (GHOST) program, the company will deliver a design of a prototype sensor – including airborne and ground components – with an open standards-based hardware and software architecture that can be scaled and configured to fly on multiple types of manned and unmanned Air Force aircraft.

“The GHOST sensor will provide the Air Force with an agile architecture to meet today’s ISR needs while supporting rapid system enhancement, testing, accreditation and integration at the speed of relevance long into the future as the dynamic battlespace changes.”