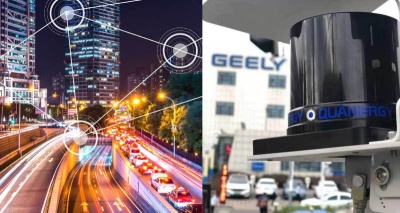 Quanergy Systems, a developer of LiDAR sensors and smart sensing solutions, has been selected as a LiDAR partner for Geely Automotive Group. The new partners will collaborat on the development and commercialization of solutions for the broad deployment of smart city and autonomous vehicle systems.

The announcement at this week's CES 2020 expo follows an initial deployment of Quanergy’s LiDAR-based smart city solution at intersections across the Hangzhou Bay Area, Ningbo City, and Zhejiang Province, both China. This is the first smart infrastructure and intelligent vehicle deployment in the country sponsored by the Ministry of Housing and Urban-Rural Development with 5G-V2X autonomous driving vehicles and vehicle-road cooperation techniques. 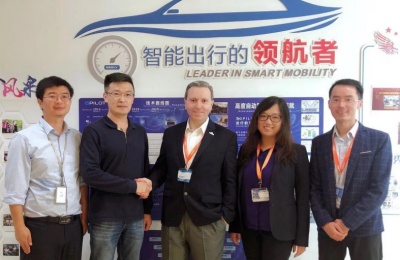 Quanergy and Geely formalize their partnership.

“The automated transportation and smart city spaces are incredibly complex, and in the future, you will not have one without the other. Smart city installations utilizing LiDAR technology will ultimately lead to the roll-out of autonomous vehicles that have the ability to communicate with each other, and with the infrastructure around them,” said Dr. Louay Eldada, CEO and co-founder of Quanergy.

“Through our work with Geely, we are building one of the first connected ecosystems designed to enable seamless communication between vehicles and their surroundings, bringing us one step closer to our autonomous future.”

The strategic partnership between Quanergy and Geely marks one of the first LiDAR partnerships specifically created for the commercial deployment of smart cities and autonomous vehicles.

“We’ve seen a tremendous influx of LiDAR companies over the last several years, but Quanergy has developed unique technologies incorporating a vision that goes beyond simply powering autonomous vehicles,” said a Geely executive. “Our partnership will allow us to deploy one of the most advanced LiDAR technology solutions on the market and offer a new integrated automotive and smart city solution.”

What you can see

Quanergy and Geely’s collaboration projects in smart city and autonomous vehicles are being showcased at CES in the Quanergy booth (#9329) through January 10th. A car from Lotus, which is part of the Geely Group, will be equipped with Quanergy’s S3 sensors, displaying real-time perception of the show floor.