Participants in ‘CiViQ’ effort say they will carry out field demonstrations of QKD prototypes on ‘real’ optical network. 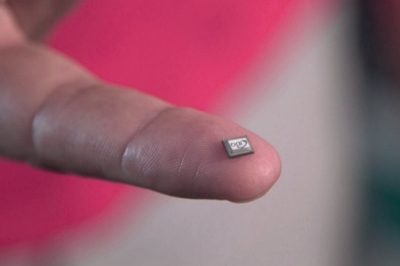 The coordinator of the European Commission-supported “CiViQ” project - part of the wider billion-euro flagship effort to develop useful quantum technologies - says that new prototypes will be tested on an existing optical communications network later this year.

In an announcement by the Quantum Flagship, Valerio Pruneri from Barcelona’s Institute of Photonic Sciences (ICFO) is quoted saying that the CiViQ team’s continuous-variable take on quantum key distribution (CV-QKD) will enable wide-scale deployment of the technique.

Until now QKD, which typically relies on single-photon emitter and detector components to ensure failsafe encryption, has been limited to applications that can justify the high cost of the approach.

Coherent detection
Pruneri and colleagues involved in the CiViQ effort, which began in late 2018 and features 21 participants including the likes of Nokia Bell Labs, Telefonica, Orange, and the Düsseldorf, Germany, wing of China’s Huawei, are working on a protocol that involves measuring electric field amplitudes with coherent detection.

That is an approach already used in coherent optical communication, and the aim of the project is to develop CV-QKD according to the requirements of major telecom operators.

Among the key aims of the €10 million CiViQ project are the development of flexible quantum-encrypted links based around integrated photonics - but without the need for the expensive single-photon components.

“We expect to use these prototypes in field demonstrations in a real optical network in 2020, while we will also continue to develop even more advanced systems with higher integration and performance in laboratory experiments,” Pruneri said.

The CiViQ approach is also said to be fundamentally different from previous QKD-related projects, because its technology specifications are being defined by end-user needs.

“Understanding its quantum end-users means CiViQ can for the first time integrate the QKD technology into existing modern telecom networks without the need to build ad-hoc, separate quantum communication infrastructure,” reports the collaboration.

Totally random
CiViQ is being promoted alongside other Quantum Flagship development programs like QRANGE, which is working on chip-scale, high-speed random number generators (RNGs) that are critical for creating the “uncrackable” codes used in all forms of QKD.

While quantum RNGs are already available, their current size and cost is not suitable for many applications. “Deployable into everyday devices like phones, laptops, or cars, the low-cost quantum RNG developed by QRANGE can be easily integrated on standard CMOS technology,” suggests the project team, which is led by Hugo Zbinden, a professor at the University of Geneva in Switzerland.

“The project is working on three different approaches that will lead to three different prototypes,” added Zbinden. “It is fundamentally important to generate truly random numbers: any deviation may adversely affect modeling or jeopardize security.”

Shrinking components
Another project to be funded via the European flagship effort is called UNIQORN. Led by Hannes Hübel from the Austrian Institute of Technology, the 17-partner project is aiming to shrink breadboard-scale quantum optical systems to millimeter-scale chips.

“Not only are we providing the enabling photonic technology to accommodate quantum communications, but also bringing improvements in terms of robustness and reproducibility,” Hübel said.

Each of the quantum development projects received funding under an initial €132 million allocation, described as the Quantum Flagship’s “ramp-up” phase. It is scheduled for completion in September 2021.

Thanks to work carried out under the UK-government-funded “QR-SPLED” project with partners at Lancaster University and Amethyst Research, the single-photon detector is also said to work at room temperature.

CST Global, which says it is actively seeking a commercial partner interested in developing a dedicated, nano-scale chip for widespread use, adds that the design is potentially small, cheap, and practical enough for deployment in PCs, servers, and smart phones.