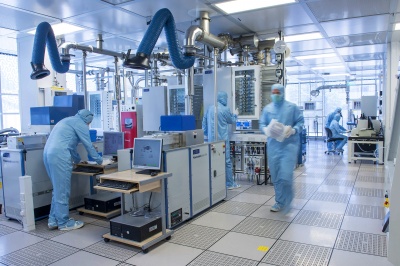 A rapid prototyping service for photonic integrated circuits is being expanded in a new funding success at the University of Southampton's £120 million cleanroom complex.

Researchers from Southampton's Zepler Institute for Photonics and Nanoelectronics' Silicon Photonics Group and partners from the University of Glasgow have been awarded around £1.5m to extend the Cornerstone open access silicon photonics rapid prototyping foundry.

The ORC describes Cornerstone as "an industry-compatible, flexible silicon photonics prototyping facility that provides a multi-project-wafer (MPW) service for academics and industry. The scalable platform offers a clear route to market through the use of deep ultraviolet projection lithography."

The team will now develop six new silicon-based technology platforms for researchers to design next generation circuits. These are intended to extend the supported wavelength range into both the visible wavelengths and mid-infrared wavelengths, enabling various applications including lidar remote sensing and lab-on-a-chip devices.

Professor Graham Reed, Project Principal Investigator and Deputy Director of the ORC, commented, "I'm delighted that the UK's Engineering and Physical Sciences Research Council (EPSRC) are supporting the expansion of Cornerstone. I believe that it will enable UK researchers to have significant impact in a variety of silicon-based platforms." The project officially launches on March 1st and will run for two years.

Cornerstone 2's collaborative team is led by Professor Marc Sorel from the University of Glasgow, whose team will be responsible for integrating light sources onto silicon photonics chips, a major step in the commercialisation of silicon photonics.

UK academics will have the opportunity to access the new platforms free-of-charge for the final six months of the project. Throughout the Cornerstone 2 project, the team will be consulting the community to determine if they would like to see Cornerstone become an EPSRC National Research Facility. 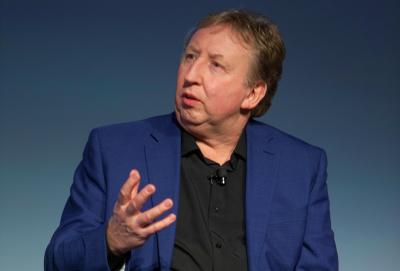 Experts from the Zepler Institute for Photonics and Nanoelectronics will play an integral role in the Centre for the Future of Human Communication. Other centers announced on February 10th will cover Continuous Digital Chemical Engineering Science, In-situ and Remote Intelligent Sensing and Re-engineering for Electric Mobility.

Professor Bashir Al-Hashimi, Dean of Faculty, Engineering and Physical Sciences, commented, "This cross-disciplinary approach will channel expertise, both within and beyond our Faculty, and I firmly believe this will generate exceptional real-world impact."

Lensless imaging Interdisciplinary researchers from Southampton's Zepler Institute for Photonics and Nanoelectronics, together with colleagues in Chemistry, are planning collaboration with a leading UK institution - The Rosalind Franklin Institute - to develop imaging that can look at biological systems at a much higher resolution and definition.

Dr Bill Brocklesby, from the Zepler Institute, and Professor Jeremy Frey, from Chemistry, are among the first researchers in the world to demonstrate lensless imaging on real biological samples using extreme ultraviolet light, which gives much higher resolution than conventional optical microscopy.