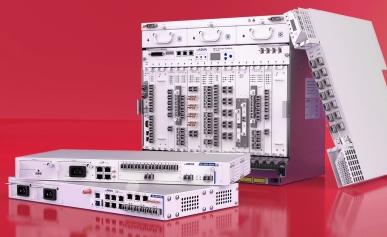 Top secret: ConnectGuard is instrumental to the OPENQKD European project.

Optical technologies and communications systems developer Adva has announced that some of its key platforms will play a significant role in the European OPENQKD project quantum optical communications project.

Using the capabilities of its ConnectGuard technology, in the FSP 3000 and FSP 150 systems, the Munich-headquartered company will provide optical and Ethernet encryptors as well as open line systems for multiple testbed locations, the company said this week.

Funded by the European Commission, OPENQKD is intended to develop and trial a secure communication network across Europe based on quantum key distribution (QKD). Further information is available on the EC Cordis website.

The aim of the initiative is to accelerate the commercial adoption of QKD technology and to promote interoperability through an network of 38 partners, including academic institutions, network operators, and manufacturers of network and QKD equipment.

Helmut Grießer, director, advanced technology at Adva, commented, “With participants from the public and private sector, this ambitious project will help maintain Europe’s role as a quantum technology leader. It’s all about working together to create the next generation of secure networks and protecting those most at risk from cyberattacks”.

“Whether in telecoms or government networks, quantum hacking puts the long-term security of sensitive data at risk. Our ConnectGuard encryption technology protects both service providers and enterprise networks while maximising capacity and offering the lowest latency. In OPENQKD.”

Recently, Adva’s FSP 3000 platform has been at the heart of “several breakthrough trials of quantum-safe and QKD-based security,” the company stated. “These include powering the UK’s first QKD-based network and the world’s first 100Gbit/s quantum-safe optical communication over a 2,800km long-haul link based on a post-quantum key exchange protocol.”

Helmut Leopold, head of Center for Digital Safety & Security at the Austrian Institute of Technology, which is coordinating OPENQKD, commented, “Distributing encryption keys by transmitting quantum states ensures the security of data as any attempt to intercept the key exchange causes alterations. QKD is a key tool in the fight against fiber tapping attacks.”

Since speeds for key distribution in quantum cryptographic communication technologies are currently about 10 Mbps at maximum, the speed at which data can be encrypted and transmitted with the one-time pad method is limited. So, the developers say, there was significant room for improvement for large-scale data transmission.

Therefore Toshiba and ToMMo developed a system for sequential encryption and transmission of large-scale data, thereby achieving real-time transmission of whole-genome sequence data with the one-time pad method. The partners commented, “This demonstrated that quantum cryptography can transmit large amounts of data and has practical applications in the fields of genomic research and genomic medicine.”

By sequentially transmitting data as it comes out of sequencers, it is possible to reduce any delay in transmission processing which would normally be expected for such large amounts of whole-genome-analysis data. Using this technology, Toshiba and ToMMo transmitted data over an approximately 7km dedicated optical fiber line between ToMMo and a next-generation sequencer installed at the Toshiba Life Science Analysis Center, both in Sendai City, Japan.