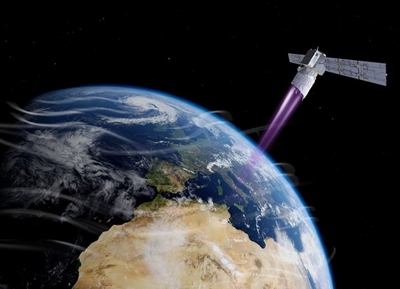 At €100.9 million, revenues in 2018 grew nearly 20 per cent on 2017, thanks to a strong performance in the second half of the year, and the closing quarter in particular.

Lidar sales boom
Le Flohic and his executive team have made some significant changes to business operations since the merger of Quantel and Keopsys in late 2017 that created Lumibird. Among the restructuring moves was organizing the company around four market sectors: scientific and industrial; lidar sensors; defense and space; and medical.

As a result of the rejig, sales of lasers and other products used in aerospace applications are now reported under the “defense and space” division, rather than “scientific and industrial”, as was the case previously.

Lumibird said that its scientific and industrial division, which groups together industrial activities - particularly lasers used in flat-panel display manufacturing and for research applications – posted only marginal sales growth, partly a result of the restructure but also because of sourcing delays experienced at the start of 2018.

In contrast, each of the company’s other divisions reported strong growth. Sales of lidar sensors, regarded as a key new area for the overall business, jumped nearly 34 per cent year-on-year, to €15.4 million for the full year.

“Business continued to grow in the fourth quarter, generating revenues of €5.3 million, driven by very buoyant levels of demand in the wind energy, 3D mapping and autonomous vehicle sectors,” reported the Paris-listed firm. “Lumibird is continuing to progressively ramp up its production capacity to take this strong demand on board.”

€150M turnover target
Fourth-quarter sales were also strong in the defense and space business unit, which posted record-breaking revenues of €11.8 million thanks in part to contracts with the European Space Agency (ESA), and deliveries to the giant Laser MégaJoule fusion project. The ESA used an amplifier supplied by Lumibird in the "Aeolus" mission, launched last August to monitor global wind speeds from orbit.

That performance eclipsed sales of €10.3 million from Lumibird’s medical division - typically the company’s largest - in the fourth quarter. However, at €33.6 million for the full year, medical applications were still up 6 per cent on 2017.

Lumibird won’t release any details about its profitability in 2018 until early April, but did say that the strong performance in the second half of the year would have had a positive impact on its earnings.

And with a positive outlook across virtually every application sector served by the company, Le Flohic and the Lumibird management team have now set two new strategic financial targets: achieving revenues of €150 million by organic growth in 2021, alongside an earnings before interest, tax, depreciation and amortization (EBITDA) margin of over 20 per cent.

For 2017, the company reported pro forma earnings before tax of €5.7 million on sales of €85 million – equivalent to an earnings margin of around 7 per cent.