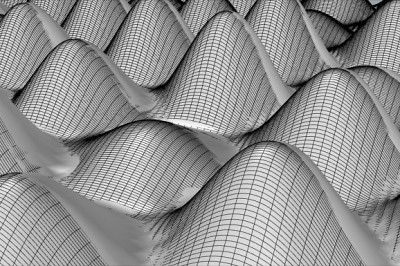 Several industrial partners, including a number of photonics SMEs, are involved in a new four-year European project to set up a pilot manufacturing line capable of producing free-form optics.

Intended to help develop applications of the novel technology in areas such as microdisplays for augmented reality (AR) and innovative designs for professional, automotive, and transportation lighting, the partners in the “PHABULOuS” effort will share a total project budget of €17.5 million - including €15 million provided by the European Commission via the industrial leadership pillar of the Horizon 2020 program.

Among the potential users also involved are the German automotive lighting giant Hella and Austria’s Zumtobel Lighting, while the European Photonics Industry Consortium is among the participants.

Rolando Ferrini, who heads up the CSEM lab’s thin-film optics work, is the project’s principal investigator. In a statement issued by the research and development center, he predicted:

“PHABULOuS will open a new era for free-form micro-optics enabling the industrial manufacture of innovative micro-optical components for a wealth of different photonics applications.”

Ferrini added that the pilot line should become a “unique entry point” in Europe for the production of devices integrating free-form microstructures - thus attracting both SMEs and large companies alike.

SUSS Optics CEO Reinhard Voelkel pointed out that expertise on offer in wafer-level optics and free-form structures ought to improve the competitiveness of both European photonics companies and manufacturing in the region in general.

Officially, Hella is one of the six industrial use “case partners” involved in the effort. Daniela Karthaus, who has responsibility for new optical technologies at the company, said:

“Within the PHABULOuS project, Hella looks at highly innovative micro-optics for miniaturizing the existing automotive lighting solutions to enable new design possibilities, as well as the reduction of construction space and weight to contribute to an efficiency increase for electric vehicles and autonomous driving.” 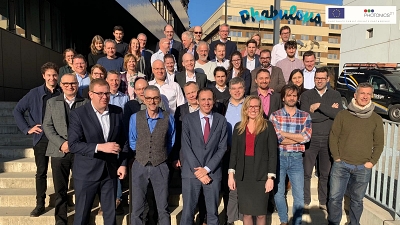 Use cases
In the official European Commission abstract describing the new pilot line, the project partners state that over the next 5-10 years they anticipate an increasing need for free-form micro-optics to address the challenges set by the photonics market.

Specific topics that the consortium will focus on include developing industrially relevant predictive software packages and manufacturing tools and processes, as well as characterization methods for in- and off-line quality inspection - all deemed necessary for demonstrating successful pre-commercial production runs.

The partners have also identified four key goals. The first of those is to mature FMLA manufacturing processes and functionalities from technology readiness level (TRL) 5 to TRL 7, and the overall manufacturing readiness level (MRL) of the pilot line to MRL 8-9, partly by adapting predictive algorithms into simulation packages.

Overall, six industrial use-cases are set to be implemented, alongside the establishment of an open-access, sustainable, distributed pilot line infrastructure with a single entry point. Finally, the plan is to validate the pilot line’s services through the implementation of 20 industrial pilot cases.

As well as solid-state lighting applications, those could include uses in photovoltaics, displays, consumer electronics and wearables, and anti-counterfeiting and branding.