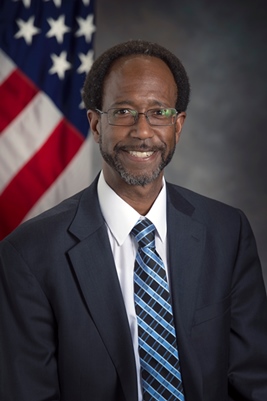 The new director of NASA’s Langley Research Center in Hampton, Virginia, is Clayton Turner – an expert in lidar for Earth observation programs.

Having served as deputy director at the 3400-strong laboratory since 2015, Turner will assume the lead position at the end of this month, when current Center Director David Bowles retires after 39 years with the space agency.

NASA chief Jim Bridenstine said in a press statement announcing the appointment: “Clayton's wide range of engineering and leadership experience will serve Langley and the agency well as our Artemis program works to send astronauts to the Moon by 2024 to prepare to go to Mars.”

Lidar on the Shuttle
A graduate from Rochester Institute of Technology in electrical engineering, Turner began his career with NASA in 1990, as a design engineer with the Lidar In-Space Technology Experiment (LITE) project.

Regarded as the first sensor of its kind to fly in space, LITE orbited Earth for nine days inside Space Shuttle Discovery’s payload bay, from where it monitored Earth’s cloud cover and atmospheric aerosols – at the time a completely new application for lidar.

As part of the LITE effort, Turner is said to have spearheaded development of NASA’s laser aligning, bore-sight limit system. Over the course of the next three decades, he went on to lead the agency's engineering contributions to projects including the return to flight of the Space Shuttle.

Among the earlier projects were the Cloud-Aerosol Lidar and Infrared Pathfinder Satellite Observation Project (CALIPSO), and the Gas and Aerosol Monitoring Sensorcraft Project, both of which brought new technologies into space for Earth observation applications.

A joint mission between NASA and its French equivalent CNES launched back in 2006, CALIPSO’s on-board instrumentation included a lidar with orthogonal polarization, a wide-field camera, and an imaging infrared radiometer.

Scientists have used those instruments to monitor plankton "boom and bust" cycles in polar regions over an extended period of time, both night and day, and even through clouds – something not previously possible.

More recent responsibilities for Turner have included flight tests for the Ares 1-X rocket and the Orion Launch Abort System, and the entry, descent and landing segment of the Mars Science Laboratory.

Throughout his career, Turner has received a series of prestigious awards, including the Presidential Rank Award, the NASA Outstanding Leadership Medal, the NASA Exceptional Engineering Achievement Medal, and the Paul F. Holloway Non-Aerospace Technology Transfer Award.