Sales and earnings up strongly again, thanks in part to the growing contribution of extreme ultraviolet optics. 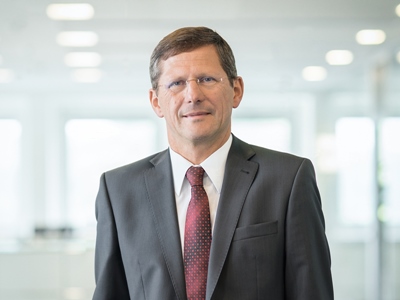 Zeiss has posted another solid increase in both sales and profits in its latest financial results, as its focus on key growth markets continues to pay dividends amid growing macroeconomic worries.

The Germany-headquartered optics giant has just posted a 9 per cent jump in revenues to €3 billion for the six months ending March 31.

With significant contributions from sales of state-of-the-art reflective optics used inside extreme ultraviolet (EUV) lithography systems built by key partner ASML, profits also rose strongly. At €443 million, earnings before interest and taxes were up nearly 17 per cent on the same period last year.

Resilience
The growth of EUV lithography is one of the areas that Zeiss describes as “future-proof”, at a point in time where escalating geopolitical tensions and protectionist measures arising from the US-China trade dispute continue to spook markets.

Zeiss’ CEO Michael Kaschke warned of that threat in a company release, saying: “Despite achieving strong growth thanks to our innovations, we will continue working on our resilience in order to keep growing profitably in a potentially fraught economic climate.”

Kaschke and the Zeiss executive team reported consistent growth across each of the company’s four main sectors. The largest of those by sales, “industrial quality and research”, posted an 11 per cent jump in revenues to €820 million – partly through the integration of recent acquisitions.

That looks set to continue after Zeiss completed another buy-out, this time the acquisition of the optics-based metrology systems specialist GOM.

Sales from Zeiss’ semiconductor manufacturing technology (SMT) division rose at a slower rate, up 5 per cent to €769 million, reflecting the current sluggishness of the wider sector – EUV lithography equipment aside. A year ago, the reported rate of growth stood at 35 per cent.

“Despite a generally more cautious and less consistent development in the semiconductor industry, the SMT segment achieved healthy growth, due in particular to the latest generation of EUV lithography optics, whose revenue has now grown to a rather considerable size,” noted Zeiss.

Decade of records
Looking ahead, an 11 per cent jump in orders should see Zeiss post yet another record year, despite predictions of a macroeconomic slowdown.

The company’s executives say that yearly revenues should end up “considerably above” €6 billion, compared with the total of €5.8 billion it reported for 2017/18. If correct, that would represent a tenth consecutive year of sales growth for the Oberkochen-based company.

“We are delighted with the successful developments of recent years and with the results of the first half of 2018/19,” Kaschke concluded. “We will certainly not rest on our laurels but continue to press ahead.”

That intention appears evident in Zeiss’ spending on research and development activities - something that the company has referred to consistently as the engine for its future growth.

Highlighting the impact of that investment, Zeiss CFO Christian Müller said: “Today, we generate almost half of our revenue with products that are less than three years old.”