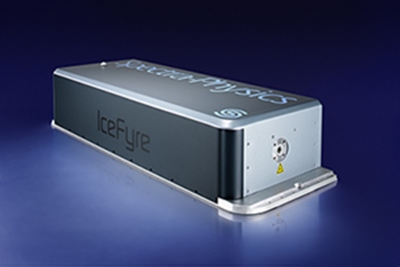 MKS Instruments, the Massachusetts-based technology and process equipment company that has pivoted strongly towards photonics in recent years, has posted revenues of $464 million for the opening quarter of 2019 – the first to feature its latest acquisition, Electro Scientific Industries (ESI).

Said to be integrating very well with Newport and its Spectra Physics laser division, which MKS acquired back in 2016, ESI specializes in laser micromachining systems for applications including printed circuit board (PCB) drilling.

Speaking at an investor conference call to discuss the latest results, MKS’ CEO Gerry Colella explained that the ESI business – now referred to as the company’s “equipment and solutions” division – had contributed around $35 million to the quarterly sales total over two months. The deal was completed February 1.

Laser ‘cornerstone’
Summing up the quarter, Colella said: “We continued to see strength in our advanced markets, and in particular our ‘surround the workpiece’ offerings. Our laser business is the cornerstone of this strategy, on which we deliver leading products and services to laser, photonics and optics markets and grow our share. We also had a strong quarter in China in both the semiconductor and solar markets.”

Following a recent lull in the semiconductor capital equipment market, a critical one for both MKS’ photonics and non-photonics offerings, the CEO added that this area of the business now appeared to have stabilized, although the situation in China remained “dynamic” amid ongoing trade tensions with the US.

MKS’ COO John Lee told investors that the ESI integration was progressing well, with plenty of scope for collaboration and leverage with the various Newport-related brands.

One example is the recently released “CapStone” system from ESI. The high-productivity PCB drilling tool now features a nanosecond-pulsed laser provided by Spectra-Physics, with Lee noting “significant orders” in Asia and Europe.

“The ESI acquisition further broadens our ‘surround the workpiece’ offerings by adding advanced systems expertise and deep technical understanding of laser materials [processing] interactions,” Lee said. “We expect ESI leadership and complex PCB processing systems to provide MKS the opportunity to accelerate the roadmaps and performance of our laser, motion, and photonics portfolios.”

5G opportunities
Lee added that the roll-out of 5G wireless networks would prove to be a long-term growth driver for all of MKS' divisions. He pointed to the need for new laser-based processes to manufacture new antenna designs as one example of the likely market pull.

Responding to a question about the potential cross-over of laser-related expertise between the Newport and ESI businesses, Lee indicated that there was scope for genuine synergy, telling the call:

Looking towards the second quarter of the year, which will be the first to include a full contribution from ESI, Colella and his team said that they expect to post a revenue figure somewhere between $460 million and $510 million – somewhat reflecting the historic volatility of the ESI business and the vagaries of the semiconductor equipment cycle.

Balance sheet shows leverage
The impact of both the ESI acquisition – at a cost of around $1 billion in cash, financed partly through a $650 million term loan – and the recent market lull was in evidence on the bottom line of MKS’ latest results. 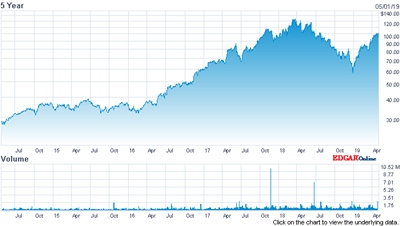 Meanwhile, the firm’s balance sheet now shows cash and equivalents totaling $418 million, up against around $1 billion in long-term debt.

A crucial goal for MKS now is to de-leverage that balance sheet over time, something that it had achieved over the past couple of years with the similar-sized Newport acquisition.

• Investors appeared to react negatively to the MKS outlook, with the company’s Nasdaq-listed stock price falling in value by around 10 per cent immediately following the financial release.

However, trading at around $91 the stock has still made strong gains since late 2018, and currently MKS’ market valuation stands at around $5 billion.