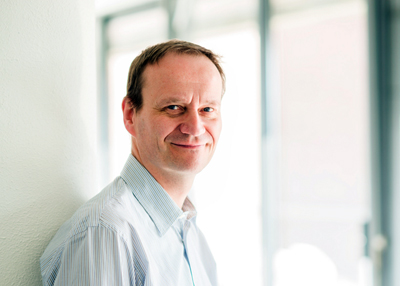 A €2.5 million ERC Advanced Grant has been awarded to Paul Heremans, Fellow and Director Large Area Electronics at imec, the research and innovation hub in nanoelectronics and digital technologies, and professor at KU Leuven, Belgium. The purpose of the funding is to develop ultra-bright thin-film lasers.

imec stated: “In order to safeguard the future of its knowledge economy, Europe is in need of bold and groundbreaking research. That is why the European Research Council awards grants to renowned researchers with a powerful project, such as this.”

Heremans is working on a five-year project to develop ultra-bright thin-film light sources and lasers – a technology with a wide variety of applications, such as optical interconnects, augmented reality displays and lidar sensors.

He commented, “If our efforts to increase the light intensity of flexible thin-film light sources succeed, we can look forward to a wealth of promising applications in numerous domains. These include bright outdoor displays, augmented reality glasses, lidar sensors for example for autonomous cars, integrated spectrometry for disease detection, ultrafast optical data transfers in chips or datacenters.”

imec is confident that there is a bright future for thin-film light sources such as OLEDs. It stated, “because of their flexible manufacturing process, they can be made to measure for many applications, sizes and shapes. Moreover, they can be processed directly to different substrates such as glass, print boards and foils – both individually and in massive arrays.”

The European Research Council (ERC) is a pan-European fund that stimulates forward-looking research and scientific excellence in Europe. The ERC Advanced Grants are specifically directed at researchers that achieved significant results during the last 10 years.

This condition certainly applies to Paul Heremans, who has been at imec since 1990 and whose current positions include Program Director of Thin-Film Electronics. He already received an ERC Advanced Grant in 2012, for his research into crystalline organic semiconductors. Other factors that the ERC considers are, amongst others, the groundbreaking nature, potential impact and scientific approach of the research project.

imec-CSO Jo De Boeck said of this achievement, “This grant is a wonderful recognition of our sustained investment in high-quality and long-term research. Paul’s project will contribute to innovative applications in a host of domains, such as infotainment, mobility and healthcare – the economic and social impact of which we can hardly overstate.”