Design allows for system miniaturization and long-life solutions where previous technologies could not; also intended to replace mercury lamps. 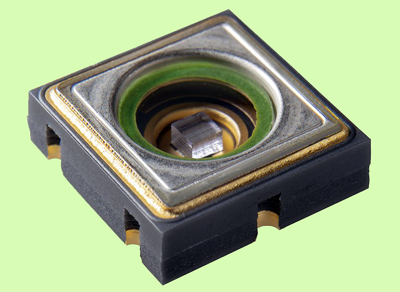 Over recent years the company has had considerable success with the development of UVA LEDs, specifically designed for resin curing applications.

With its small size, 6.8mm x 6.8mm, and powerful output (55mW typical optical power at 350mA), the new UV LED allows for system miniaturization and long-life solutions where previous technologies could not, the company stated.

Its launch announcement notes, “Conventional UVC LEDs (operating in the range 200-280nm) have problems with a more complex crystal growth and a shorter life than UVA LEDs (365-405nm).

“Through Nichia’s unique crystal growth technology that has been cultivated for many years in UVA LEDs, we have successfully developed the world's highest quality, high radiant flux, long life UVC LED. The NCSU334A achieves a significant lifetime improvement versus conventional UV lamps.”

Additionally, this LED uses a newly developed hermetically-sealed package, making it a reliable product that is not as susceptible to external environmental conditions and can therefore be used in various harsh environments.

Nichia says it expects this LED to contribute to the “complete replacement of mercury lamps,” which create environmental issues for the world’s future. The company added that it will “continue to improve the characteristics of its UVC LED portfolio and aim to create a new deep UV market leveraging the characteristics of solid-state lighting.”

Nichia has a significant track record in LED development over the past quarter-century; the company succeeded in developing and commercializing the super high brightness Blue LED in 1993, then it developed the world’s first white LED by combining yellow phosphor and blue LED, followed by the development of a practical level of blue-violet semiconductor laser – also for the first time in the world.

The company said, "our invention of these nitride-based LED and laser diodes led to the technological innovation of light sources for display, general lighting, automotive, industrial equipment, medical care and measurement.”