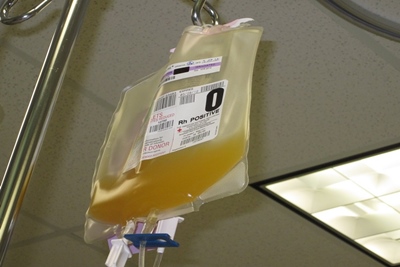 LightIntegra Technology, a small company in Vancouver, Canada, that has developed an optical system to improve blood transfusions for cancer patients, has raised $5.3 million in series A venture funding.

The equity finance, which follows a $3.5 million injection of cash from shareholders completed in December 2017, will support introduction of the five-minute test system in the US.

Platelet size and distribution
Called “ThromboLUX”, the test platform relies on the principle of dynamic light scattering to determine the size and distribution of all particles in a platelet sample. For some patients, that knowledge is critical - while so-called "activated" platelets assist clotting and are therefore most effective for trauma or surgery patients, non-activated platelets are much better for helping to treat blood cancer.

“The current standard of care assumes all platelet bags are the same,” notes LightIntegra. “However, up to 50 per cent of a platelet bag inventory may be activated. When activated platelets are given to immuno-compromised patients, such as those with cancer, it could potentially lead to failed transfusions." Multiple failed transfusions result in what is termed platelet refractoriness, which can ultimately lead to death.

Microparticles in the blood, typically between 100 nm and 1 µm in diameter, are an indication of platelet viability, states the firm, adding that these are shed from platelets in response to various sources of stress and stimulation.

A lower level of microparticle content in a blood sample suggests that the platelets have not previously been stressed, are intact and have not broken down.

Treating cancer
For cancer patients that information is potentially critical - transfusions are used to raise platelet counts often reduced by both the disease and certain types of treatment, thereby lowering the risk of bleeding. LightIntegra estimates that about three-quarters of platelet products are used as an adjunct to cancer treatment.

Norm Francis, CEO of Boardwalk Ventures, said he was “thrilled” to be investing in ThromboLUX, adding: “The current shortage of platelets requires a critical advancement in supporting healthcare institutions and blood centers. This test provides a more strategic approach to efficient use of platelets by ensuring greater awareness of platelet activation status.”

William Dubiel, who was appointed CEO at LightIntegra two years ago, added: “It’s well known that platelet transfusions impact the care of cancer patients; however, it may not be known that success depends on the activation status of platelets.