Year on year revenue ramps 19% to $26 million, due primarily to continued growth from new U.S. and foreign military programs. 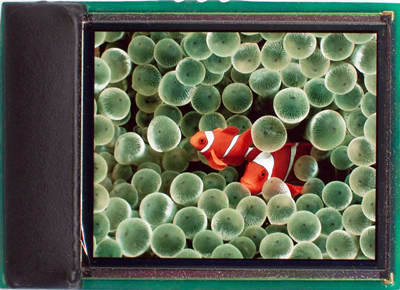 R&D contract revenues totaled approximately $2.9m as compared to $3.3m in 2017. The decrease in R&D contract revenue was mainly the result of the completion during late 2017 and early 2018 of several commercial and U.S. Government research contracts.

Gross margin for 2018 was 15%, down from 23% in 2017. The decline was due primarily to an impairment charge of $2.7m related to the Consumer Night Vision Business and “fourth quarter production issues”.

Operating expenses for 2018, including R&D expenses, were $15.7m compared to $13.9m in 2017. The majority of the increase was due to higher R&D expenses for company-funded work related to the Company’s direct patterning technology product and process development.

Revenues in Q4, 2018 were $5.4m as compared to $6.4m in Q4, 2017. Production yields and output were negatively impacted by manufacturing related issues, which occurred late in Q4. The company said it has “implemented remedial measures and expects yields to improve and production capacity to increase during the first and second quarters of 2019.”

In Q4, 2018, the company reported a gross loss of $471,000 compared to a gross profit of $1.8m in Q4, 2017. This decrease was primarily related to the manufacturing-related issues and the resulting lower production volumes. 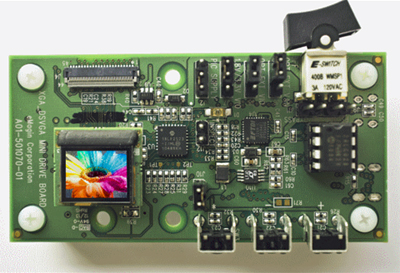 Andrew Sculley, CEO, commented, “During 2018, we experienced growing demand for our products, especially from U.S. military and aviation programs, and we expanded our presence among medical and other commercial customers. We sold to more than 80 customers in the past year and supplied products for over 20 new programs.”

“From a technology perspective, we continue to make significant advances with our high brightness, full-color microdisplays incorporating our color filter and Direct Patterning technology, which is critical to driving our growth in all the markets we serve. With design improvements and superior OLED materials, we boosted efficiency and lifetime of our displays by more than 50%.

“While our full year revenues increased 19% on a year-on-year basis, we did experience a manufacturing equipment related issue in the fourth quarter. This resulted in lower yields and loss of production, affecting our fourth quarter and full-year performance. We addressed this issue and have made the necessary improvements to minimize the risk of future recurrences.”

Other notable developments in 2018 by eMagin included: