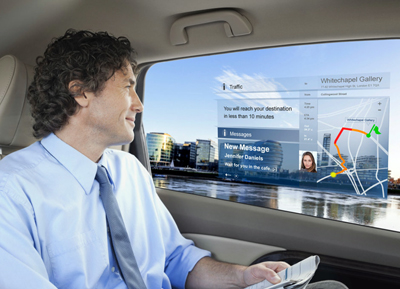 SmartVIZ will explore the principles of high-resolution visualization using µLEDs.

The project, which commenced in November 2018, is funded by the Bavarian State Ministry for Economic Affairs, Regional Development and Energy in Germany. The partners state that there is still no standard definition for the term µLED, only a loose guideline for the opto chip’s dimensions to include edge lengths smaller than 100 µm.

Since µLED technology can produce extremely high luminance in a wide dynamic range, say the partners, it can play a key role for future megatrends such as augmented reality applications. The focus of this project is on developing automotive interior applications. The project is expected to be completed in October 2021, when an initial demonstrator will be presented.

Imaging devices based on direct-emitting µLED pixels are considered a disruptive development in the visualization market and have the potential to sideline technologies such as LCD or OLED. These conventional technologies are constrained by their fundamental limits in energy efficiency, contrast, luminance, and other associated restrictions. Over the next two and a half years, the SmartVIZ research project aims to provide the basis for future transparent, high-resolution, direct-emitting visualization solutions using µLED technologies.

The envisioned work packages will focus on three key technologies. First, the design of efficient µLED light sources, second, their handling on sub-component level and third, the final assembly. Red, green and blue µLED structures will perform as efficient high-luminance image pixels. Implementation of such concepts and applications requires in-depth studies of the underlying physical principles that are in-part entirely different than today’s macro LED chips.

The project will also conduct research addressing the component integration of µLEDs using a novel approach for transparent and flexible image encoders. Transparent substrates based on indium gallium zinc oxide thin-film transistors (IGZO TFTs) will be the researchers’ focus for controlling the individual pixels.

This approach allows for quasi-transparent surfaces, which can be filled with content only if the µLEDs are switched to active. Employing such an active matrix backplane for the driver electronics allows image rendering with µLEDs to produce visualization scenarios with ultra-high resolution.

Another work package will target processing concepts to enable rapid transfer of large quantities of µLED chips from a source wafer to the backplane driver electronics via automated parallel assembly. Key requirement here is a positioning accuracy of around 1.5 µm. Researching accurate transfer methods for such small chips (edge length smaller than 40 µm) will require entirely new technological approaches, which will be addressed within the project.

The consortium partners have the necessary expertise to realize the envisioned technological breakthrough. For instance, ASM AMICRA is an expert player in the field of production automation, especially in the high-tech area of photonic applications. The company brings its in-depth knowledge of micro assembly of photonic components to the project.

The Fraunhofer Institute for Integrated Systems and Device Technology IISB specializes in power electronics and technologies for producing semiconductor devices. IISB will design and manufacture transparent electronic circuits for their final installation in micro-pixel visualization components.

Hubert Halbritter, SmartVIZ project leader at Osram Opto Semiconductors, described his company’s role, “as a project partner with in-depth experience in micro-pixel imaging components that will research efficient, high-luminance pixels. Along with our partners, we aim to gain technology leadership in one of the key future technology markets.”