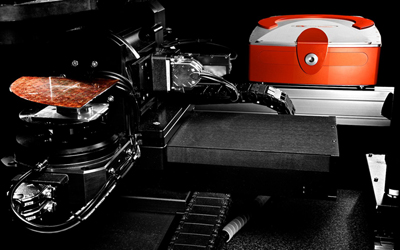 An investment group comprising Cathay Capital, Mérieux Equity, Bpifrance, and Auriga have commenced negotiations to sell their stake in Amplitude Laser Group, a Bordeaux, France-based manufacturer of ultrafast lasers, to the Luxembourg-based investment company L-GAM. Financial details of the proposed sale were not disclosed.

Amplitude is described as “the only international specialist to cover all ultrafast laser technologies and their applications.” The company employs close to 350 staff on three continents and serves scientific, medical and industrial clients in over 40 countries.

Since Cathay, Bpifrance, Mérieux, and Auriga joined in 2012 as majority investors along with the company’s management, Amplitude has become a leading player in the ultrafast laser sector.

With the backing of its shareholders, Amplitude has expanded internationally, opening of subsidiaries in Japan, Korea, and more recently in China, as well as in the United States with the acquisition of Continuum Lasers in 2014.

During this period, Amplitude has also diversified its end markets by pioneering the use of ultrafast lasers in semiconductor manufacturing, advanced micromachining and, particularly, the display field, where Amplitude has established partnerships with major manufacturers.

The Amplitude group is also involved in significant laser research infrastructure projects, including the Extreme Light Infrastructure in Europe, initiated by Gérard Mourou, 2018 Nobel Prize in Physics. These efforts have contributed to Amplitude’s strong business growth, with annual revenues more than tripling over the period to reach more than €70 million by March 2019.

Eric Mottay, CEO of Amplitude Laser Group, commented, “Amplitude has grown from a laser specialist to a global leader in the field of ultrafast lasers and applications. Our expansion in the US and South Korea, our partnerships with major display and semiconductor manufacturers, as well as the rapid expansion of our China operations leave us in a very strong position for the future. We are excited about upcoming partnership with L-GAM to enter a new development phase for the company.”

Fabien Wesse, Partner at Cathay Capital, commented, “Over the past seven years, we have supported Amplitude’s development by facilitating its expansion over three continents through organic growth, diversification and build ups. With our support, the Amplitude team has managed to develop the company tremendously, and it is now ready for a new phase of growth with L-GAM as new shareholder.”

Yves Alexandre and Jerome Bertrand, Partners at L-GAM, concluded, “We have been particularly impressed by Amplitude positioning as a French technological pioneer in a high growth market driven by the penetration of ultrafast lasers in new applications, and by the team’s vision and dynamism. We are committed to contribute to the international development of Amplitude as a key innovator in the ultrafast market.”

The official signing of the final documentation will occur after consultation with Amplitude Laser Group’s employee representatives. The sale is subject to customary regulatory approvals and to clearance from the German antitrust authority. The transaction is expected to compete by summer 2019.