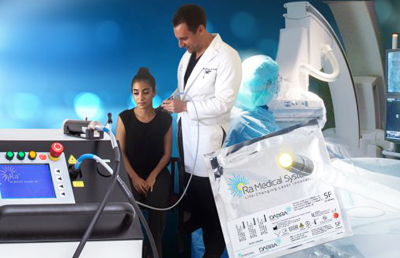 “We face an exciting market opportunity with the DABRA system as a safe, versatile, easy-to-use and cost-effective solution to treat patients with PAD, supported by a growing body of compelling results from physician studies,” said Dean Irwin, CEO of Ra Medical.

“In June 2018 we completed the initial commercial launch of the DABRA laser system and are now transitioning to the next phase in promoting long-term adoption by our customers,” he continued. “This strategic shift is being executed under the leadership of Tom Fogarty, our newly appointed CCO.”

“During our steep ramp in the back half of 2018, we experienced certain issues that had an impact on our fourth quarter revenue and into 2019. In particular, the hiring and training of qualified sales personnel was dependent on the appointment of our CCO and we also found that we needed a more robust training program for our newly hired sales personnel,” Irwin added.

“In addition, we experienced production limitations in our manufacturing process as we scaled up catheter production. We believe we addressed those issues and will begin to see the positive impact on revenue beginning in the second quarter of 2019.”

While the company said it did not intend to provide quarterly guidance at this time, Ra Medical is expecting total revenue of between $1.0m and $1.4m in the first quarter of 2019, which includes revenue in the vascular segment of between $0.3m and $0.4m. 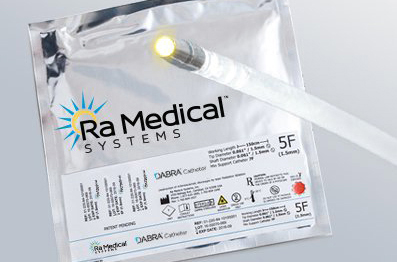 In the study, 292 lesions were treated in 200 patients at Ansari’s outpatient office-based lab in El Centro, an area with high diabetes, peripheral artery disease, and amputation rates.

“In my experience, DABRA delivers results rapidly and safely, even in challenging cases,” he commented. “DABRA can treat all types of plaques in arteries above and below the knee. Patients are discharged in two to three hours, allowing them to quickly return to their daily lives.

“Most importantly, DABRA meets the need for safe, high-quality tools in smaller-scale settings, including office-based labs, allowing me to spare patients from hospital stays and reduce costs.”

DABRA (Destruction of Arteriosclerotic Blockages by laser Radiation Ablation) is a novel, minimally invasive excimer laser system that non-thermally, photochemically ablates channels in vascular blockages. Unlike many treatments for PAD that may damage the arterial wall, DABRA treats blockages with minimal vascular trauma.

“We believe Dr. Ansari’s study and experience are further evidence that DABRA benefits patients, physicians, and the healthcare system as a whole,” added Ra's CEO Dean Irwin. “We are delivering on our mission to provide physicians a better treatment to save limbs and lives.”