This NIR photo immune therapy is to be licensed to Rakuten Aspyrian Therapeutics, in San Mateo, California.

by Ford Burkhart in San Francisco 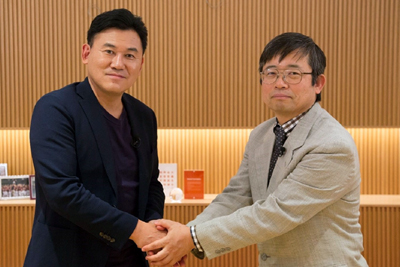 Researchers are using near-infrared light to kill off cancer cells while also creating immunotherapy to guard against any future cancer relapse and distant metastasis.

That message was the core of a keynote speech at Photonics West in San Francisco, last week, for an imaging and therapy session by Hisataka Kobayashi, chief scientist and senior investigator at the Molecular Imaging Program in the U.S. National Cancer Institute’s Center for Cancer Research in Bethesda, Maryland.

Kobayashi presented a method called NIR-PIT, for near infrared photo immune therapy. It will be licensed by NIH to a company called Rakuten Aspyrian Therapeutics, in San Mateo, California.

The research has support from Hiroshi Mikitani, an entrepreneur in Japan, who has made a $284 million contribution to the multinational project, underway in Japan, the U.S. and Europe, Kobayashi said.

“We are doing precision medicine,” said Kobayashi. “We are treating a patient with a single drug and crushing cancer cells while also creating an immune response.” Healthy cells will grow into the area where the cancer cells were killed off.

“The technique can very quickly break down the tumor and allow healthy cells to grow in their place,” said Samuel Achilefu, professor of radiology at Washington University in St. Louis and chair of the conference.

“They have developed an elegant way to stimulate immune cells to eradicate the cancer by injecting a light-activable molecule, that generates toxic products, which disrupts cancer survival.”

In his research, Kobayashi observed fast destruction of the tumors, starting within 24 hours, and continuing until after three months the tumors were mostly gone in both human patients and mouse models.