Australia-based firm Baraja to expand in Japan to support Macnica’s self drive and IoT strategy. 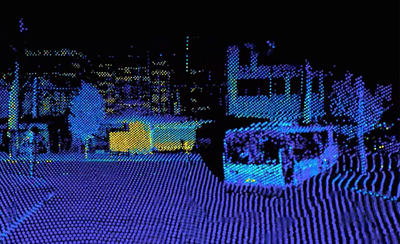 Miss the bus: Baraja’s LiDAR platform to be presented to Japan’s auto-OEMs.

Baraja, a developer of the Spectrum-Scan LiDAR, has announced a partnership with Macnica, a $5B Japan-headquartered distributor of high-technology products.

Founded in 2016 and based in Sydney, Baraja began its work on a breakthrough LiDAR technique in the garage of Founder and CEO Federico Collarte. Collarte and co-founder and CTO Cibby Pulikkaseril developed a solution to the complex problems facing legacy LiDAR systems that give vision to self-driving vehicles. Their Spectrum-Scan™ approach address scalability, reliability, vehicle integration and performance issues that legacy LiDAR technologies cannot.

The two companies have signed an agreement to take Baraja’s LiDAR platform to Japan’s automotive OEMs, and to partners on vehicle automation opportunities in the Japanese market across a range of industries including trains, delivery vehicles, construction, and heavy machinery. Spectrum-Scan LiDAR allows autonomous vehicles to sense their environment in richer detail than ever before, with unprecedented software-addressable resolution and range.

In addition to performance, the technology enables an industrialized design that supports automotive requirements for reliability, scalability and manufacturability. Complemented by unique capabilities such as inherent immunity to interference and full software-based control of scan patterns, Baraja’s LiDAR has been specifically developed to address autonomous driving’s long-term challenges. 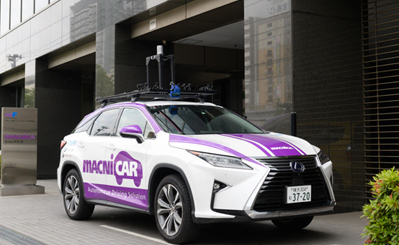 Macnica has for more then 40 years provided semiconductors, electronic devices, networks and cyber security products with high value-added technology. In recent years, the company has been developing new businesses in the fields of AI, IoT, automated driving and robotics and it has recently started supplying the smart mobility industry.

This expanded market focus is a part of a strategy that Macnica hopes will see it evolve from a hardware product distributor to provider of "complete ecosystems" for autonomous vehicles. The addition of Baraja’s LiDAR reinforces this strategic position.

"The rapid development of autonomous driving has created much demand for LiDAR. Baraja's technology positions us perfectly to deliver value to our customers," said Atsushi Sato, Executive Officer from Macnica Fuji Electronics Holding.

“Working with Macnica is a major step toward driving further market tractions for Baraja’s LiDAR in Japan,” said Baraja CEO Collarte. “We have worked closely with the Macnica team and are impressed with their strong customer relationships, the level of their technical expertise and resources that will support both current and future customers. The expanded partnership opens up many new opportunities."

This strategic agreement represents the initial phase of the business alliance. The companies said they will continue to explore areas for further growth as part of a long-term partnership.