Blade integrated into goggles to bring AR to the slopes for hands-free navigation etc. 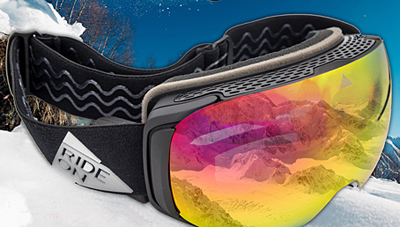 Ride-On's ski goggles and brings AR to the slopes.

Smart glasses developer Vuzix has announced that its OEM partner Ride-On Vision has received regulatory approval for its Ride-On Smart Ski Goggles based on the Vuzix Blade. Ride-On is now moving to volume production for this program.

The Blade is effectively integrated into Ride-On's ski goggles and brings AR to the slopes with the world's first AR offering hands-free interaction, navigation of the mountain's slopes, recording of one's time on the slopes, and audio player, fully controlled by the Ride-On goggles.

Vuzix had previously delivered initial Vuzix Blade Smart Glasses to Ride-On beginning in the first quarter of 2019 to support its proof-of-concept effort. In the second quarter of 2019, Vuzix received a follow-on order for 100 Blade units from Ride-On to advance the program from pre-production through regulatory approval and into volume production.

As part of this continued OEM effort, Vuzix has also provided software updates and recently shipped an additional 20 Vuzix Blade Smart Glasses to Ride-On. The company expects to deliver the first volume batch of Vuzix Blade Smart Glasses to Ride-On before the end of 2019 and anticipates Blade shipments to them to expand significantly in Q1 2020 to fulfill its Smart Ski Goggle reseller orders across several countries, during the 2019-2020 winter ski season in Europe and the United States. 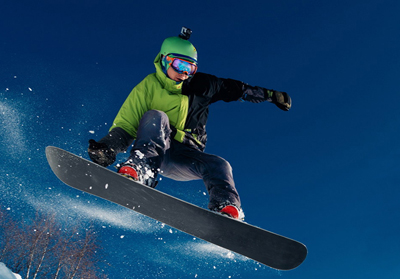 Apps include hands-free navigation, recording of times, and an audio player.

Additionally, Vuzix and Ride-On are working together on the initiation of a proof of concept for a wearable Vuzix Blade-based system for a major motorcycle company.

"The team at Vuzix has been great to work with to support the overall development effort of this program to deliver the best possible experience for our Smart Ski Goggle customers," commented Alon Getz, CEO and Founder of Ride-On.

"The 2019-2020 ski season is a coming out party for AR experiences for skiers and we are looking forward to bringing additional products to market with Vuzix."

"The overall design and the see-through waveguide optics are critical must-have features for our prosumer partner Ride-On. We're excited to see this customer move rapidly from proof of concept and now into volume production of a product that will deliver innovative location-based information to ski and snowboarding enthusiasts on the slopes," commented Paul Travers, President and CEO at Vuzix.