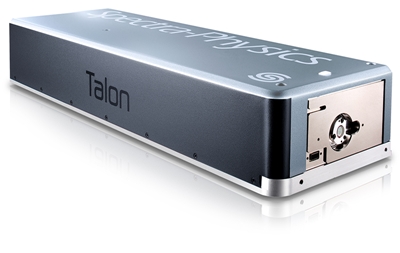 MKS Instruments, the Massachusetts-based process control company which owns the Spectra-Physics and Ophir product groups, reported a rise in revenues and net income for the full year 2018, although its fourth quarter figures were down in comparison with the same quarter of 2017.

Sales revenue grew eight percent during full-year 2018, reaching $2.1 billion, a record for the company. The Light and Motion division, containing both the Spectra-Physics and Ophir businesses along with MKS's own photonics and optical subsystems products, contributed $814 million, up 15 percent from the previous year. Non-GAAP full-year earnings rose from $328 million to $430 million for the group.

Quarterly sales in the Light and Motion division rose one percent from the preceding quarter, reaching $203 million, although elsewhere sales in the company's core semiconductor market declined by ten percent to $235 million.

"We are pleased to report another year of record results despite semiconductor market headwinds in the second half of the year," said Jerry Colella, CEO. "Our ability to consistently deliver sustainable and profitable growth through market cycles reflects the benefits of our diversification strategy as well as our cost discipline, flexible manufacturing capabilities, and continued market share gains."

Speaking to analysts, Colella commented that annual sales in the Light and Motion division have now risen by 35 percent since 2016, the year MKS acquired Newport and its Spectra-Physics business - performance he characterized as being better than most of the company's peers.

"We saw our full-year laser revenues grow 24 percent year-on-year, across multiple applications," he said. "That pulls along with it other opportunities for optics components, beam profilers etc. We are more exposed to the lower-power pulse-laser micromachining business than high-power industrial laser applications, and I believe our peers exposed to that latter market are seeing headwinds which we are not."

The group's purchase of micromachining systems developer Electro Scientific Industries (ESI), proposed in October 2018 with a $1 billion price tag and agreed by ESI shareholders earlier in January 2019, is expected to close on February 1st.

Colella said he believed the acquisition would ultimately expand MKS's addressable market by around $2.2 billion, partly due to the arrival of 5G communications infrastructure and associated opportunities for both ESI and MKS's existing semiconductor operations. He specifically referred to ESI's latest CO2 laser drilling system for high-density interconnects on rigid PCBs as being a significant market opportunity.

Historically ESI has had its own laser division which supplied lasers into some of their tools, but other developers' sources have been used at the same time - including, as Colella noted, sources from MKS before there was any discussion of an acquisition.

Asked by analysts if a supply arrangement between the companies would now firm up, MKS COO John Lee said that "as we put ESI into the family, we will consider how it fits into our portfolio."

MKS shares on the NASDAQ index rose by around four percent after the results announcement.