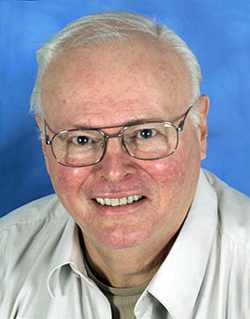 The Awards Committee of SPIE, the international society for optics and photonics, has this week announced the recipients of its prestigious annual awards. Recognizing transformative advancements in medical and molecular imaging, attosecond science, and infrared instrumentation to seminal work in biomedical optics, the Society's awards are presented for technical accomplishments and service to SPIE and its organizational mission.

This year’s SPIE Gold Medal has been awarded to Robert Alfano, “for his outstanding seminal achievements and contributions to advancement of knowledge on fundamental properties of materials and their interaction with light in areas of biology, condensed matter, semiconductors, tunable lasers, and biomedical optics.”

But Alfano’s crowning achievement, notes the SPIE citation, has been his discovery, development and the generation of the white light continuum, the so-called "supercontinuum" in matter.

Dr Alfano is a Distinguished Professor of Science and Engineering at the City College of New York, where he has been a faculty member in the Department of Physics since 1972. Before that, he worked as a research physicist at GTE Research Laboratories, 1964-1972.

He received his PhD in Physics from New York University in 1972, and his Bachelor's and Master's in Physics from Fairleigh Dickinson University in 1963 and 1964, respectively. He is a Fellow of American Physical Society, Optical Society of America, and IEEE. He is director of CCNY's Institute of Ultrafast Spectroscopy and Lasers. He has been involved in developing ultrafast laser spectroscopic techniques and applications of these techniques to study ultrafast dynamical processes in physical, chemical, and biological systems.

Directors' Award: Carmiña Londoño “for her exceptional contributions to SPIE including working on numerous conference and leadership committees; advocating for public policy that supports photonics; shaping the student chapter program; serving as the SPIE representative to the International Commission for Optics; and co-founding the SPIE Women in Optics program.”

The complete listing of all SPIE awards, including new awards set to be presented in 2020 – the SPIE Diversity Outreach Award, the SPIE Maria Goeppert-Mayer Award in Photonics, and the newly revamped SPIE Rudolf and Hilda Kingslake Award in Optical Design – is available on the SPIE website.