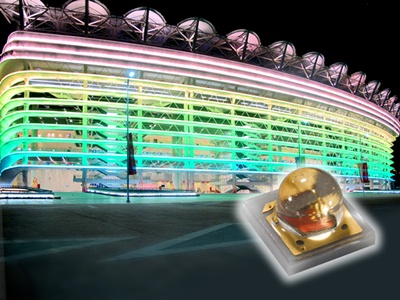 By the opening quarter of 2012, mainland China will account for a greater proportion of LED chip production than anywhere else in the world.

That’s according to the latest market study by IMS Research. Ross Young from the analyst company ranks China in fourth place with a 13% share of capacity right now, but thanks to the Chinese government's generous support for LED manufacturing, that share will rocket to 32% by early 2012.

Those gains follow large-scale purchase of metal-organic chemical vapor deposition (MOCVD) tools by Chinese LED makers during 2010. The tools, which represent the key pieces of equipment needed to make high-brightness LEDs in volume, will be cranked up to mass production in the coming year, with many more reactors also on order from the key suppliers Veeco Instruments and Aixtron.

Young expects that Chinese companies will account for 64% of MOCVD reactor installations during 2011. The surge in demand for additional manufacturing capacity will help to off-set softer demand from the key Korean companies Samsung and LG Innotek, who have been ramping up their LED production to satisfy demand for TV backlighting applications.

Stimulus plan
China’s subsidies are worth up to $1.8 million per tool – compared with a typical selling price of between $2 million and $2.5 million – while LED makers are also offered tax breaks, free land and accelerated depreciation, says Young. Not surprisingly, some suppliers in Korea and Taiwan are shifting their expansion plans to mainland China in order to benefit from the stimulus program.

Young predicts that, by early 2012, half of the world’s top-twenty LED makers will be producing devices in China – although many of those will actually be headquartered outside the country.

Aixtron and Veeco have been the main beneficiaries of the unprecedented demand for tools, with revenues increasing sharply in 2010 and likely to remain strong for 2011, according to Young. The giant Korean companies LG and Samsung are now the world’s leading LED manufacturers, and after installing more MOCVD tools than anybody else in the third quarter of 2010, LG’s Innotek subsidiary is about to overtake Samsung at the top of the pile – although Samsung will likely reclaim the top spot by mid-2011.

Taiwan-based Forepi and Huga Optotech also installed large numbers of tools recently, but over the next year or so their Chinese rival San’an Optoelectronics will be doing the most to catch up. According to Young, the company has already paid deposits on more than 80 MOCVD systems. In all, he expects seven different companies to install more than 50 such tools over the coming five quarters, with more than 1000 installed in total.

In terms of LED applications, revenues from small-display products including notebook PCs are now expected to decline after this year, while sales relating to TV backlights are expected to peak in 2013 as the market rapidly saturates.

By that time, general lighting applications are expected to have taken off in a major way, something that may prompt a more widespread move to manufacturing on larger semiconductor wafers. At the moment, with the Chinese stimulus largely focused on 2-inch production, the smaller format still accounts for some 77% of production, reports Young.