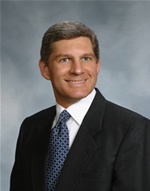 A Tufts University electrical engineering graduate, Roush joins from PerkinElmer, where his most recent position was as president of the company’s environmental health business unit. But prior to that, Roush headed up PerkinElmer’s diverse optoelectronics business for five years. The division sells components including near-infrared diode lasers and LEDs, photodetectors and single-photon counters, as well as systems for medical lighting and phototherapy.

Stephen Bershad, GSI’s chairman, said of the new appointment: “We are extremely pleased to have attracted an executive of John’s caliber and experience to lead GSI’s development and chart its growth strategy for the future. John is uniquely suited to lead our company and to extend GSI’s worldwide market and product expansion.”

According to its filing with the US Securities & Exchange Commission (SEC) announcing the appointment, Roush will start as CEO by February 1, 2011. He will be paid a base salary of $500,000 for an initial term of three years, as well as a one-time cash payment of just over $176,000. 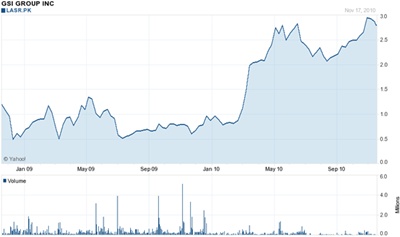 Roush succeeds Michael Katzenstein, who has been leading GSI’s restructuring and recovery in the absence of a permanent CEO since May 2010, when previous incumbent Sergio Edelstein was ousted. Katzenstein has overseen major structural change at the company through the recent bankruptcy proceedings, which were prompted largely by GSI’s leveraged acquisition of Excel Technology in 2008.

Since restructuring the resulting debt in the summer, GSI has benefited from a general recovery in the market for laser materials processing systems, during which time its share price has also recovered strongly. As of market closing on November 17, GSI’s market capitalization stood at just over $280 million.