Cell manufacturing capacity added during the third quarter of 2010 broke all previous records, with more to come as further expansions are announced. 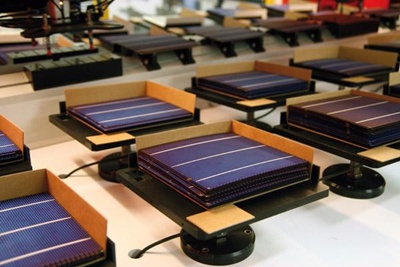 Escalating demand for photovoltaic (PV) products drove record-breaking additions of cell manufacturing capacity during the third quarter of 2010, while subsequent announcements suggest that the PV boom is set to continue.

US-based analyst Solarbuzz said on October 11 that more than 1 GW of new cell-generating capacity was added between July 1 and September 30. Within a week of that announcement, First Solar, Yingli Solar and a collaboration between Hyundai Heavy Industries and Saint-Gobain had all revealed further significant expansion plans, which will result in an aggregate addition of another 1.3 GW by 2012.

The capacity ramp is largely driven by expansion in China and Taiwan, and is mostly focused on crystalline silicon cell production – although Solarbuzz has also recorded a sharp increase in equipment spending by thin-film cell manufacturers, notably those producing copper-indium-gallium diselenide (CIGS) products.

“Chinese and Taiwanese c-Si cell manufacturers are expanding at an unprecedented rate,” said Finlay Colville, a senior analyst at Solarbuzz, whose figures suggest that the two locations have accounted for 72 per cent of all c-Si cell equipment spending over the past 12 months. “This wave of capacity expansion is driving equipment spending levels to record quarterly highs.”

Colville says that c-Si cells accounted for four-fifths of capacity additions in the third quarter, mostly for standard cell production – although producers of high-efficiency cells added 221 MW during the period.

Expansion moves
Further expansion by cell makers includes First Solar, the market-leading manufacturer of panels and modules based on CdTe, which has said that it will build two new facilities in a bid to boost its annual capacity by 500 MW. The two new facilities, one in the US and the other in Vietnam, will also create 1200 new jobs, said the company. Once they are completed in 2012, First’s annual capacity is expected to have near-doubled to 2.7 GW from the current level of 1.4 GW.

Yingli, which is bankrolled by the Chinese government via a $5.2 billion credit facility, said it would add 700 MW of c-Si cell capacity by mid-2011. The expansion is part of its overall plan to raise total annual capacity to 1.7 GW.

The collaboration between Korea’s Hyundai Heavy and France-headquartered Saint-Gobain is focused on thin-film CIGS, and the two companies expect to open the new facility – which they say will become the biggest in Korea – with a capacity of 100 MW in 2012.

Although equipment spending is expected to hold up well during the closing quarter of 2010, Solarbuzz does have concerns about next year, saying: “PV equipment revenues are projected to decrease during 2011, as the threat of overcapacity impacts the expansion plans of leading cell and panel suppliers.” 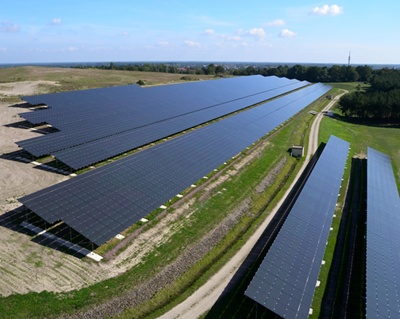 The overall picture will inevitably be dictated largely according to the decisions made by major c-Si cell producers, but thin-film materials will account for an increasing chunk of the total spend. Solarbuzz reckons that spending on thin-film equipment jumped 53 per cent between the second and third quarters of 2010, with some $200 million spent on tools to make CIGS cells alone.

However, the analyst points out that the market for thin-film tools remains highly fragmented due to the proprietary nature of the many different thin-film approaches that have been developed – something likely to hamper a sustained manufacturing ramp as demand increases. Lux Research, another analyst company, recently predicted a major shake-out in the CIGS sector.

US-based CIGS company Nanosolar was another to announce an expansion within the past week. The firm prints cells using a nanoparticle ink method at its factory in San Jose, California, before shipping them to a panel assembly facility in Luckenwalde, Germany. By 2012, those factories will produce more than 100 MW of panels operating with an efficiency of “up to” 12 per cent, Nanosolar claims.

The company’s initial commercial offerings have been certified at 11.2 per cent and 11.4 per cent efficiency by the US National Renewable Energy Laboratory (NREL), while it has produced 15.3 per cent-efficient cells in the laboratory – a record for printed cells. Nanosolar also recently completed its first large-scale power plant - a 1.1 MW facility located close to its panel factory in Luckenwalde.