Frozen science budget may see reduced utilization of the latest photonics research tools, but UK scientists had been braced for a more dramatic impact. 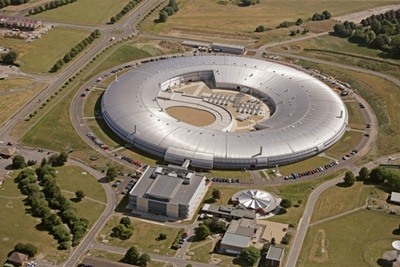 Funding of scientific research in the UK has escaped the dramatic cuts that had been feared by many, following publication of the UK government’s long-awaited Comprehensive Spending Review (CSR). In addition, cash will be invested in a new network of technology centers, and to support technology commercialization.

Rather than face direct cuts, the science budget will be frozen in cash terms for the next four years. While that still represents a cut of some 10 per cent over the period in real terms, spending on science has been largely protected from an overall cut of 25 per cent over four years to the budget of the UK’s Department for Business, Innovation and Skills (BIS). Science funding currently accounts for £4.6 billion of the annual £21.2 billion spend by BIS.

Marshall Stoneham, president of the UK-headquartered Institute of Physics (IOP), said he was relieved that science had been spared from the deep cuts made to other areas of spending. Although the precise impact of the budget freeze on UK universities remains to be seen, Stoneham said, “It is good news for UK science that the government recognizes the value of a strong scientific research base to the UK economy.”

Stoneham also welcomed a commitment by the government to create a new network of elite technology centers – as has been urged previously in a recent report for the BIS written by Hermann Hauser, and echoed by both SPIE executive director Eugene Arthurs and former Optical Society of America (OSA) president Sir Peter Knight.

According to the CSR statement, by 2014-15 the UK government will provide £200 million per year to “support manufacturing and business development, with a focus on supporting potential high-growth companies and the commercialization of technologies, including funding for an elite network of research and development intensive technology and innovation centres”.

Photonics impact
Because optics and photonics are enabling technologies that serve a wide range of scientific disciplines, it will be some time before the direct impact of the budget decisions on photonics technology suppliers will be known. John Lincoln, network manager for the South of England Photonics Network (SEPNET), also broadly welcomed the CSR announcement.

“Given the widespread use of photonics in much scientific research, SEPNET is pleased to see that the cuts in the science budget have not been as severe as some have predicted,” Lincoln told optics.org. “This is good news not just for researchers but also the many UK companies who supply photonics research equipment into a wide range of scientific disciplines.”

But Lincoln does believe that there could be an impact on new technologies, saying: “A freeze in budgets may see reduced utilization of the latest and most beneficial photonics research tools that are currently in development.”

There is also some concern that cuts to the budget of the Department for Energy and Climate Change (DECC) will impact incentives to encourage the early adoption of clean photonics technologies such as solar power and solid state lighting. “It is important that the UK continues developments in these areas so that our economy (and environment) can benefit from what are rapidly becoming significant global markets,” Lincoln said.