Export restrictions have sent the price of cerium oxide through the roof, and highlighted the industry's vulnerability to Chinese imports. 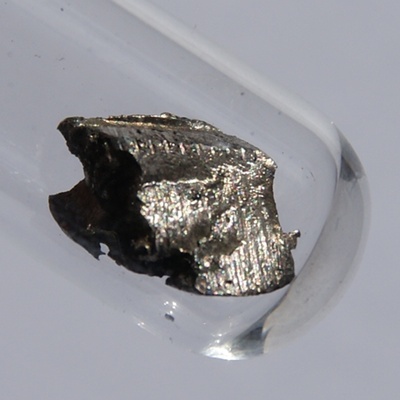 Following export restrictions imposed on rare-earth minerals by China in the summer, the soaring price of cerium oxide – a key material used as a polishing slurry for high-precision optics – is causing havoc in the optics supply chain.

According to industry sources, one company has already been forced to shut down as it awaits supplies of the material, while others may introduce a cerium surcharge if the situation does not change. Suppliers of cerium-based products are unable to guarantee prices beyond more than a few days.

One supplier has told a customer: “Due to the volatility of material availability, and changes in raw material pricing almost every day, if we cannot ship the order within the next five days the material is subject to price changes prior to actual shipment.” The price hike is also set to hit the cost of glasses and crystals doped with rare-earth elements – although the increase is taking longer to filter through this part of the optics supply chain.

Price hike
Robert Castellano, an industry analyst at The Information Network, told optics.org: “The market price of cerium oxide has increased to approximately $50 per kilogram in September 2010 from $15 per kg in April 2010 and $9 per kg in September 2009.”

That sudden price-hike has since been reflected directly in product costs. Jim Sydor at custom, high-precision optics provider Sydor Optics has seen the price of Unicer 166, a high-purity cerium powder, increase from $26.74 to $42.50 per pound – meaning that a typical bill for the material has increased by some $16,000 in a matter of days. The global hike in prices has also affected key Japanese ceria slurry suppliers Showa Denko and Hitachi Chemical.

That hike is a direct result of a decision in July by the Chinese government to restrict exports of rare-earth materials. It cut export quotas for rare-earth minerals by 72 per cent for the second half of 2010 – citing a need to maintain stable prices, and a shortage of supply for domestic manufacturers, as the reasons for the slashed quota.

Industry observers outside China are highly skeptical about those claims, however, suggesting that rising tensions with Japan over its detention of a Chinese fisherman, and with the US over currency valuations, as more likely reasons. Whatever the true state of affairs, the rest of the world has become almost totally reliant on Chinese exports for its supply of rare-earth elements.

Cornered market
According to figures from the US Geological Survey (USGS) published earlier this year, production from Chinese mines accounted for 120,000 of the 124,000 tonnes of rare-earth oxides produced globally in 2009 – more than 97 per cent of supply. India, Brazil and Malaysia made up the rest of the supply.

China has been able to corner the rare-earth market over the past 15 years by “dumping” prices, says Castellano. “The price was so low that they drove everyone out of the market, and they are now essentially the sole supplier. Now that they have achieved dominance they can dictate the price.”

That problem – exacerbated by the fact that rare-earth elements are crucial for components used in US military applications - has long been recognized as a major risk, and mines in North America are set to be re-opened to provide additional supply within the next year. However, Castellano warns that the loss of refinement skills caused when the US mines were abandoned means that it will take longer to ramp back to production levels than many might expect.

US optics companies are already in the process of lobbying politicians and officials, reminding them that cerium is needed in such high-profile and sensitive applications as optical sensors used in F-15 fighter aircraft, and windows and domes at the National Ignition Facility.

Sensitive applications
A large number of Department of Defense (DoD) projects involving optical components are exposed to the increased prices. “We are aware of at least one instance of a fabricator who supplies DoD customers shutting down while waiting for this component so crucial to his manufacturing process,” writes the American Precision Optics Manufacturers Association (APOMA).

However, with US mines not coming online for several months, if not years, there is a limit to what that lobbying may be able to achieve, beyond urging some additional diplomatic maneuvering with China. A more realistic alternative for optics manufacturers may be to develop a substitute for cerium oxide, which has key advantages in that its reactivity provides for both mechanical and chemical polishing.

“Companies are looking at zirconium-based compounds,” says Tom Battley, executive director of the New York Photonics Industry Association. “There were quality problems in the past, but if the manufacturers can deliver good product, this is an option. Of course, everyone will have to go through testing on various materials and this is an additional cost.”

But unless China’s stance on exports changes, it appears likely that optics manufacturers will have to get used to the inflated prices. Those prices will of course be passed along the supply chain, impacting all photonic components or systems that require rare-earths at some point.

As Battley surmises: “Dormant mines will come back on line eventually. [But] who knows where, or when, the pricing will stabilize? It shows how vulnerable the industry is to imported rare earths.”