Evolutionary changes to manufacturing process will enable a route to volume production of cells with 20% conversion efficiency. 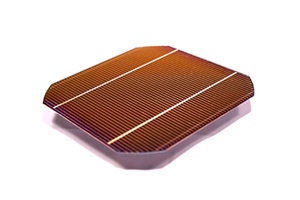 IMEC, the Belgian institute that focuses on pushing the boundaries of semiconductor device performance, has set a new world-best for high-efficiency solar cells suited to volume production.

At the recent European Photovoltaic Solar Energy Conference and Exhibition (EUPVSEC)event in Valencia, Spain, an IMEC team led by Joachim John showed how relatively simple changes to production processes had delivered crystalline silicon cell efficiencies of up to 19.4 per cent.

Although this is by no means the best conversion efficiency for a solar cell – that record is held by 40 per cent-efficient multi-junction devices based on advanced compound semiconductors – John stresses that the IMEC improvements can be implemented on existing silicon cell production lines.

That is a crucial point. Revolutionary cell architectures or record-breaking cells produced in an unconventional way are, while technologically interesting, highly unlikely to be manufactured on a large scale anytime soon. IMEC has shown that it is possible to deliver higher efficiencies on the large-area cell platform that is widely used today.

Pragmatic approach
IMEC’s approach is an altogether pragmatic one: “Our aim is to develop a ‘tool-box’ of processes,” John told optics.org. The institute has developed a roadmap outlining improvements that can be expected between now and 2020 – by which time the European Union wants to produce 20 percent of its energy from renewable sources.

To get anywhere near to that target, the production of solar cells will need to be ramped up by a few orders of magnitude, while their costs must remain sufficiently low. One key example of IMEC’s progress results from changing the contact material, replacing the silver screen-printed contacts with plated copper contacts to raise the conversion efficiency from 19.1 per cent to 19.4 per cent. That switch will have an additional benefit, as the widespread use of precious-metal contacts in today’s cells will cease to be viable when production volumes are ramped up.

Other evolutionary improvements made by IMEC are based on rear-side passivation, and laser ablation to improve cell texture. “The fact that such efficiencies can be obtained by metallization schemes based on screenprinted silver contacts enables compatibility with present industrial practices,” John said.

The improvements were obtained at IMEC’s new solar cell process facility in Leuven, Belgium, where the institute is aiming to bridge the gap between pilot-scale and industrial-scale production, and to help volume manufacturers improve their cells.

At the EUPVSEC event in 2009, the IMEC team presented cell efficiencies of 18.5 per cent, and John’s colleague Jef Poortmans, the director of IMEC’s solar program, says that even higher efficiencies with real-world cells are in the pipeline, saying: “We expect further improvements towards efficiencies of up to 20 per cent for large area silicon cells.”

Transferring the latest technological improvements into production is not expected to take very long – particularly since the results were delivered as part of IMEC’s solar cell industrial affiliation program, which involves a number of industrial partners.

Other companies reporting improvements to cell efficiencies compatible with volume production recently include Schott Solar, which – thanks to improved cell passivation - can now deliver cells with a peak efficiency of 18 percent in a manufacturing environment, and the Chinese company Yingli Solar.

Yingli has been working with the Energy Research Centre of the Netherlands (ECN) on n-type silicon cells that do not suffer from efficiency degradation with time. John believes that Yingli has been able to implement the required changes to its volume production lines in China in just six months.