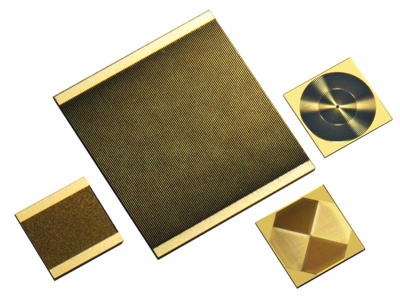 JDSU, the company best known for supplying components, modules and test gear to the optical communications industry, has launched a high-efficiency solar cell.

The Californian firm, which had indicated that it was making a move into the concentrating photovoltaics (CPV) sector in its recent quarterly financial report, is already shipping cells to a lead customer, and stated that several other potential customers are engaged in supply discussions.

The triple-junction cells, developed by JDSU in-house and to a proprietary design, offer a minimum average conversion efficiency of 38.5 percent at present. This means that they are already competitive in terms of performance with those available from the incumbent suppliers Emcore and Boeing subsidiary Spectrolab.

As an existing high-volume manufacturer of similar compound semiconductor components such as laser diodes, JDSU will have a capacity advantage over smaller rivals, meaning that it ought to be able to produce the cells at a competitive price.

“We have capacity for 50 megawatts today and fully expect to meet growing demand expected for CPV in 2011,” said Bilodeau. “Our outsourced manufacturing model is prepared for rapid expansion from twice to four times the size of production that we have today.”

Gigawatt scale by 2015
According to one report, CPV installations in the US will be worth $70 million this year, dwarfed by the much larger markets for conventional PV based on silicon or thin-film solar panels that do not use concentration.

However, because cells such as those from JDSU are designed to convert sunlight concentrated by a factor of 500 or even 1000, the CPV approach is expected to find significant deployment in locations where skies are typically clear.

The analyst company iSuppli now suggests that there will be approximately 100 MW of CPV installations in 2011 globally, led by systems companies such as Amonix and Concentrix Solar. The approach is particularly suited to large- or utility-scale plants, including college campuses, shopping centers and industrial buildings.

“Initial demonstrations of CPV technology have proven successful and now larger projects are starting to ramp,” said Greg Sheppard, chief research officer at iSuppli. “We expect CPV installations to grow to one gigawatt by 2015.”

JDSU will work to improve the minimum average conversion efficiency of its cells – a key determining factor over the ultimate cost of generating electricity using CPV – by around 0.5 percent every six months in volume production, meaning that they should reach 40 percent by the end of 2011.

“Electrical power needs will skyrocket over the next twenty years, requiring new forms of power generation that are more efficient, affordable and environmentally friendly,” said Alan Lowe, president of Communications and Commercial Optical Products at JDSU. “The CPV cell from JDSU brings a viable technology to the solar market that leverages our strong history of semiconductor experience and volume manufacturing expertise.”