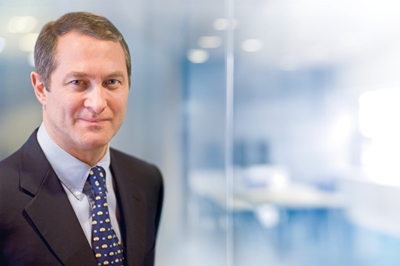 ASML, the market-leading supplier of laser-based lithography systems for the semiconductor industry, has confirmed a strong market recovery in the second quarter of 2010.

The company, which is headquartered in Veldhoven, the Netherlands, posted net systems sales of €923 million ($1.17 billion) during the quarter that ended on June 27, up 44 percent sequentially and nearly a four-fold increase on the equivalent period in 2009.

Eric Meurice, ASML’s CEO, predicted that the recovery is set to continue into 2011 – notwithstanding any more macro-economic shocks, saying: “We now expect full-year sales to grow 10-15 percent above our historical peak [annual] sales of €3.8 billion. This level of sales is expected to continue in 2011.”

“The moderate growth currently forecast for 2011 is dependent on how the broader economy performs over the next six months or so,” added Myers with a hint of caution. 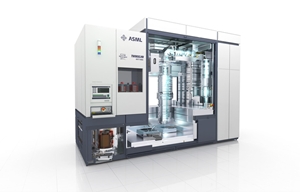 ASML’s sales in the second quarter of 2010 included 35 new and eight used lithography systems, with strong performance from the company’s high-end NXT:1950i system, which can produce feature sizes smaller than 32 nm.

Meurice stated that “close to” 20 NXT:1950i systems, which are based around a 193 nm ArF excimer laser and feature advanced optics in the form of a 1.35 numerical aperture lens, had now been shipped.

The CEO explained that the bullish outlook for sales was based on a number of fundamental growth drivers now evident in the semiconductor industry. Key among these are a move to double the number of immersion layer exposures for sub-50 nm production, upgrades by both NAND Flash and DRAM memory chip manufacturers to smaller feature sizes, and a need for foundries to catch up after under-investing in equipment during the 2008-2009 market collapse. 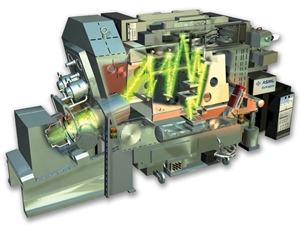 Next-gen systems
Meurice also had encouraging news regarding the development of ASML’s next generation of lithography equipment, which will be based around light sources producing extreme ultraviolet (EUV) radiation:

“We are in the process of final integration test of our EUV production systems, and delivery of six of these EUV systems will happen over the next 12 months,” he said.

Replacing the 193 nm laser with a light source capable of reducing feature sizes beyond the current limit of around 30 nm has been one of the major challenges facing the industry over the past few years.

ASML’s work on EUV systems will receive a boost from the current sales boom, with Meurice announcing that the company would now add to its research and development spending in a bid to stay ahead of its competition.

•Shares in ASML were up more than 5 percent in trading on the Euronext exchange in Amsterdam following the company's quarterly results announcement.