US Treasury committee chaired by Tim Geithner says "no" to Emcore's Chinese plans. 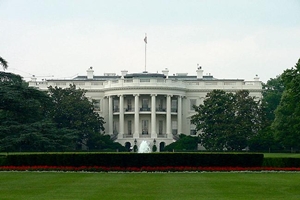 Emcore’s plans to separate its photovoltaics and fiber-optics business segments have been dealt a major blow, following advice from the US Treasury that it would not allow a joint-venture (JV) to be set up between the US company and a Chinese investment company.

The high-powered Committee on Foreign Investment in the United States (CFIUS), which is chaired by no less than the Secretary to the Treasury Tim Geithner, decided that the deal represented a threat to US security.

In February 2010, Emcore announced plans to transform the operations of its fiber-optics unit by forming a JV majority-owned by the Tangshan Caofeidian Investment Corporation (TCIC).

That deal is central to Emcore’s long-held plans to separate and re-finance its photovoltaics and fiber-optics units, and appears to throw those plans into chaos.

It is also a blow to Emcore’s immediate finances. TCIC was set to pay Emcore $27.8 million in cash for a 60% share of the JV, which would have been called “Emcore Fiber Optics Limited.”, before providing an additional $27 million to the JV after the transaction was completed. 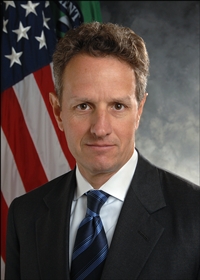 As well as providing Emcore with much-needed liquidity to help launch its concentrator photovoltaics business, the transaction would have helped Emcore’s balance sheet. In its latest quarterly filing, the company held cash and cash equivalents of only $17.8 million as of March 31.

When announcing the TCIC deal in February 2010, Emcore CEO Hong Hou described it as: “one of the most transformational transactions in the history of Emcore”. Former Emcore CEO Reuben Richards, who was set to head up the new JV, added that the recapitalization would allow the new fiber-optics business to aggressively expand its penetration to OEM customers worldwide.

Emcore had appeared to anticipate any concerns over national security when setting up the transaction: excluded from the JV company were any satellite communications, solar cell or specialty photonics product lines.

But that did not cut any ice with CFIUS, whose committee includes the heads of all the major departments in the Obama administration. Emcore and TCIC had voluntarily filed details of their plans to CFIUS in advance of the decision.

Although Emcore’s immediate reaction is not yet clear, the company remains committed to separating its two major product lines into distinct businesses, and creating a low-cost manufacturing base for its fiber-optic components unit.

It also appears that Emcore has not given up hope of resurrecting the TCIC deal. “In response to the indication from CFIUS, Emcore and TCIC remain willing to explore alternative means of cooperation that would address regulatory concerns and meet the parties’ objectives,” read a statement from the US company.