Not just a funding agency: 50 years of ESO 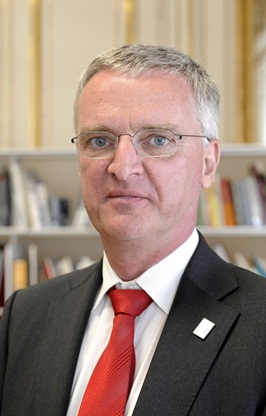 The European Southern Observatory (ESO) has a lot to celebrate in 2012. In the fifty years since its inception in 1962, the intergovernmental organization has built a diverse suite of powerful ground-based astronomical telescopes at three sites in Chile’s Atacama Desert and established itself as the world’s most productive astronomical observatory.

And coinciding with this landmark anniversary, ESO has gained provisional approval from its Member States to build the European Extremely Large Telescope (E-ELT) – the world’s largest eye on the sky with a 40 meter primary mirror. The hope is that, once built, this telescope will revolutionize our perception of the Universe and usher in a new golden age of astronomy.

The man who has been at the helm of ESO for the past five years is its Director General Tim de Zeeuw. His task is a lot easier said than done: ensure that the entire ESO program continues to move forward.

In this exclusive interview with optics.org, de Zeeuw reflects on ESO’s proud history as well as the enormity of the E-ELT project and the optical technology that will be required to make it happen.

optics.org: ESO is now 50 years old: what do you view as its most significant achievement in that time?
Tim de Zeeuw: In the 1950’s, ESO’s founding fathers realized that the only way to compete scientifically with privately funded large telescopes was to work together. This ultimately led to the creation of ESO in 1962 as an intergovernmental organization representing Belgium, France, Germany, Sweden and the Netherlands.

The turning point came in 1987 with the decision to build the Very Large Telescope (VLT) on Paranal. Perhaps the most important event was the first light of the first “Unit Telescope” of the VLT in May 1998. Before the VLT, ESO was catching up with the rest of the world in terms of telescope size and technology; now we are leading the way.

Today ESO has 14 Member States, following the admission of Denmark, Switzerland, Italy, Portugal, UK, Finland, Spain, Czech Republic and Austria. While there are many historical and cultural differences between our Member States, ESO has brought the European astronomical community together so that it can tackle projects that are far beyond the reach of any individual nation. 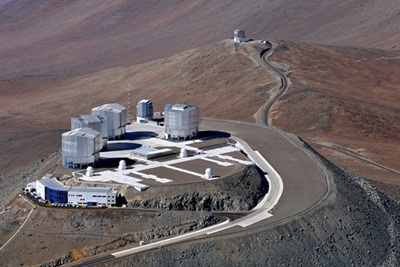 What will the E-ELT observe that current optical telescopes cannot?
As a 40 meter-class telescope, the E-ELT will gather 15 times more light than the largest optical telescopes operating today. It will also provide images 15 times sharper than those from the Hubble Space Telescope. The E-ELT’s performance will be orders of magnitude better than existing facilities.

Just as the combination of 8-10 m ground-based telescopes and the 2.4 m Hubble offered two decades of discoveries, the E-ELT and the 6.5 m James Webb Space Telescope (JWST) will complement each other perfectly once constructed.

Given the current economic crisis throughout Europe, will all ESO Member States participate in the construction of the E-ELT?
All Member States have expressed strong support for the E-ELT project and a desire to participate. For the project to go ahead, 90% of the required funding (€1.083 billion in 2012 prices) must have been committed. This is possible without all Member States joining but I expect that all will eventually participate, as they have in all earlier ESO programs. The 90% figure will most likely be reached in early 2013, which will allow the major contracts for the optics and dome to be placed on schedule.

How much money does each Member State have to pledge?
The Member State contributions to ESO are proportional to their net national income. To fund the E-ELT, the unanimously agreed funding principles require a one-off lump-sum payment from each Member State, which can be spread over a period of up to ten years, plus a 2% year-on-year increase in the annual contributions (on top of normal indexation) for ten years.

This adds approximately €435 million to ESO’s normal income from the 14 Member States over the eleven year construction period of the E-ELT. Several Member States have already made advance payments as part of the lump-sum contribution.

Will manufacturing contracts for the E-ELT go exclusively to companies in Member States?
The E-ELT will be constructed by industry in the Member States through a series of competitive tenders. These are welcomed by the respective governments, especially in these financially difficult times. The contracts for many items will be large and will be pushing the capacity of companies to the limit over a long period of time. The only exceptions will be rare cases where the required technology is not available from a Member State. 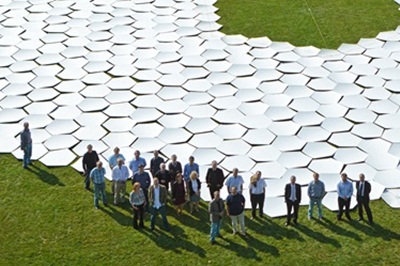 What is the biggest technical challenge within the E-ELT project?
The E-ELT design has passed a stringent technical review and many prototypes of subsystems have been built and tested to reduce risk. There is not expected to be a technical show-stopper. However, the assembly and control of the main primary mirror is enormously complex with a very large number of components that need to work together.

We need to produce nearly 800 primary mirror segments and associated components on schedule, and make sure that these 800 segments work together as a single perfect mirror. Making one hexagonal segment is a challenge, but making nearly 800 means producing one every few days for many years and needs an entirely different approach.

What is the key to successful interaction with industry?
It is important to realize that ESO is not simply a funding agency buying a telescope. ESO has very gifted engineers, scientists and professional staff that together have the critical knowledge needed to build state-of-the art telescopes and instrumentation. This allows a very effective interaction with industry and is the key to success. It worked for the VLT and the Atacama Large Millimeter/sub-millimeter Array (ALMA), and should work similarly for the E-ELT.

The pending accession of Brazil as our 15th Member State is a major strategic step for ESO and will expand our membership beyond Europe for the first time. I expect ESO to grow further through the addition of new Member States, and to develop additional world-class facilities, even though this will most likely have to wait until the E-ELT has been constructed.

Jacqueline Hewett is a science and technology journalist based in Bristol, UK