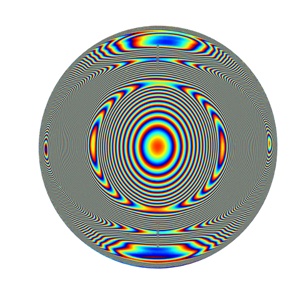 Phase Focus, a spin-out from the UK’s University of Sheffield, has attracted £3.2 million in equity funding aimed at commercializing a potentially revolutionary “lensless” form of microscopy.

Ombu Group, a new player on the UK’s venture scene, has provided the bulk of that capital with a £3 million investment, while existing investor Fusion IP added a further £220,000.

Phase Focus’s seemingly counter-intuitive idea is to remove the need for lenses in microscopy – a highly disruptive concept with a very wide range of applications in both science and industry. Instead of using a lens to capture light in the normal manner, light scattered by a specimen is instead collected by a conventional CCD, CMOS or other sensor via an aperture, analyzed, and the image reconstructed using a sophisticated phase retrieval algorithm.

The approach – known as “ptychography” in the scientific literature - is similar in principle to holography, in that it relies on direct collection of diffracted coherent light provided by a laser or other high-coherence source. But as the start-up’s CEO Ian Pykett explains, the big difference is that no reference beam is needed.

“That makes it hugely more simple than holography – at any wavelength,” he told optics.org. And while he thinks that in the longer term the approach may cause most disruption in electron and X-ray microscopy, where existing optics are very limited (and very costly), the Ombu investment will lead to a growing number of commercial applications in the UV, visible and infrared realm, where the absence of a lens means that aberration- and noise-free microscopy is feasible.

Off-the-shelf
Chief scientific officer John Rodenburg is the major technical force behind the technology, which was developed through the £4.3 million “ultimate microscopy” project funded by the UK’s Engineering and Physical Sciences Research Council.

Set up in 2006, Phase Focus uses standard off-the-shelf detectors to generate the ptychographic images, but what has made the approach practical is a deep mathematical understanding of the behavior of the scattered and diffracted light, combined with recent advances in computing power.

Generating a lens-free image does require collection of at least two diffraction patterns, with the specimen moved in relation to the illumination source – something typically done with standard galvanometer motors or similar scanner components.

The phase retrieval algorithm processes the diffraction patterns to create a pair of images generated by the specimen - an amplitude image and a phase image.

Despite those complexities, nothing special is required in the computing department either, with standard graphics cards able to yield images with a typical processing time of 30-60 seconds – fast enough to be used in a variety of live cell imaging applications, says Pykett (see video below).

OEM plans
Aside from making a conventional optic redundant, a “virtual lens” also frees the image from any optical defects or aberrations, yielding a high-fidelity, noise-free image whose lateral resolution is determined largely by the wavelength of the illuminating source. Pykett says that resolution for visible wavelengths is typically better than one micron, while recent development work has demonstrated that thick specimens such as biological tissues can also be investigated.

According to the CEO, the long-term plan for Phase Focus is to work with microscopy OEMs to incorporate the “virtual lens” technology within their hardware – delivering computed images through a standard equipment format.

Both an electron microscope and an optical Olympus BX41 microscope have already been fitted with a Phase Focus accessory. Talks with manufacturers have been initiated, but right now the priority is to continue demonstrating the power of the technology with early adopters and high-profile research teams.

Revenue stream
In the visible wavelength range, the key advantage of the lens-free approach is to image transparent samples that cannot be stained - for example to measure the thickness and refractive power of contact lenses. 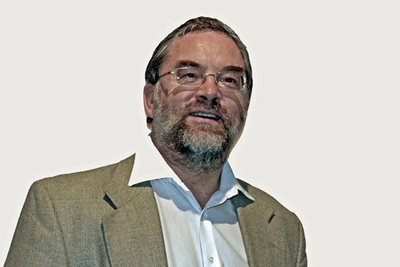 In fact, says Pykett, contact lens companies have provided much of the early commercial traction for Phase Focus, where customers have either purchased systems or used its metrology service.

As with any start-up seeking the next level of investment up from seed funding, the revenues generated have proved to be highly beneficial in attracting funding, by reducing the risk of venture partner investment.

Live imaging of unstained biological samples is the next likely application area, but where the lens-free approach may well come into its own is for the much shorter wavelengths associated with electron and X-ray microscopy – where lenses are both inadequate and hugely expensive.

“For electron microscopy, I think that this will be revolutionary,” Pykett said.


Doubling workforce
Since the capital requirements of the business are minimal, the £3.2 million investment will be largely used to grow existing business and develop new applications in semiconductor metrology and ideas such as three-dimensional imaging.

Within a year, the size of the Sheffield company’s workforce should be doubled to around 20, while the Ombu investment brings an experienced non-executive director to the Phase Focus board in the form of Jonathan Fish.

Fish is also CFO of the technology-focused UK venture capital company Swarraton Partners, which has investments in a number of nanomaterials, energy and medical technology companies.

Stephen Brooke, the CEO at Ombu, said in a statement announcing the Phase Focus deal: “This is a fantastic opportunity for us to partner with a company with a remarkable technology that has just broken into its full commercial phase. We had tracked Phase Focus for a few years, and had always been amazed by the technology.”

Overcoming vested interests
Not everybody is quite so supportive though. In pursuit of the long-term goal of integrating with microscope OEMs, Pykett says he has found a marked split between those technology-led companies who are receptive to the idea of such a potentially disruptive approach, and others that see it as a threat to their existing business, or are highly skeptical.

“We have to find people who are receptive to new technology,” said Pykett. “Some are – and some aren’t. But those that are receptive are usually very positive.”

The CEO likens the polarized reaction and skepticism to his earlier experiences in the field of magnetic resonance imaging (MRI), where Pykett was founding director and CEO of Advanced NMR Systems, Inc, and the CTO of Intermagnetics General Corporation until the latter’s $1.3 billion acquisition by Philips in 2006.

Aside from the imaging connection, what appeals to him about the “virtual lens” is its transferability across such a wide range of industries and applications. The CEO is of course duty bound to talk up the company, but he believes that much of the remaining skepticism is already starting to disappear, now that some key performance points have been demonstrated - and that Phase Focus has received a vote of confidence by attracting venture investment. 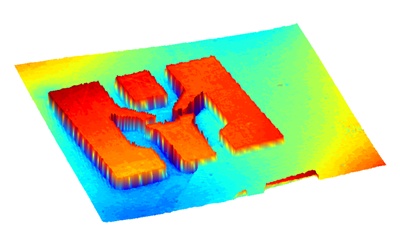 Although he thinks that the company’s first venture funding round is sufficient to meet all of its current goals, Pykett is experienced enough to know that business plans do sometimes change, and is prepared to be flexible if necessary – if, for example, Phase Focus decides to begin making its own microscopy equipment then far more capital would be required.

But any change of direction looks unlikely at the moment, and Pykett appears highly confident that the “virtual lens” will quickly become a very real feature in a wide variety of applications.

“Once the [key] performance points were met, it’s amazing how quickly this technology has become adopted,” he said.