PW2011: perspectives on a record-breaking show 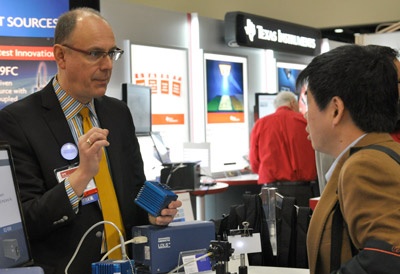 by Mike Hatcher in San Francisco
What a difference a year makes. In January 2010, Photonics West was, according to many accounts, a pretty glum affair. Despite the new San Francisco location – usually enough to lift the spirits of anyone in possession of a soul - and good attendance, the prevailing mood was one of caution, amid a photonics market that had suffered a major slump in 2009.

Even the genial David Belforte, erstwhile editor of Industrial Laser Solutions and the go-to man for laser materials processing market information, was stumped last year – admitting that he hated having to deliver a presentation that detailed a 30% collapse in sales of lasers for industrial applications in 2009.

Fast forward to 2011, and the mood could hardly be more different. The sunshine helped, as it always does, but what really put a smile on the faces of the 1162 exhibitors was the level of traffic and interest in the two giant exhibition halls within the Moscone Center. A final count of 19,390 by organizers SPIE confirmed the record turn-out that stuffed the aisles with customers.

Paul Blackborow, the CEO of exhibitor Energetiq Technology, quipped he was so busy that he needed a stick with which to fight off potential customers. And he was only half-joking – the interest generated by Energetiq’s Prism Award-winning laser-based broadband light source was evident in the lengthy roll of orders that had been taken directly at the Boston company’s booth. 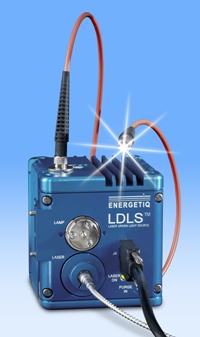 Biophotonics buzz
Much of that buzz had resulted from the BiOS event, at which the exhibition – despite taking place at the weekend – fairly hummed with activity, indicating the strength of interest in the biophotonics sector right now. In a way, this topic now resembles the pre-bubble days of optical telecommunications in the 1990s. As if to illustrate that point, SPIE hosted a Newport-sponsored “start-up challenge”, where would-be entrepreneurs pitched their business ideas to a panel of experts. Tellingly, at least five of the 19 ideas pitched related directly to the subject of detecting tumors, including the cheek-swab screening test for lung-cancer described by eventual winner Hariharan Subramanian from Northwestern University.

Further evidence for the impending commercial breakthrough of various biophotonics applications came from the busy “hot topics” event, at which 1000 people showed up on a Saturday night. Although much of this event was turned over to a retrospective celebration of the work of two key scientists lost to the field in 2010 – Britton Chance and Michael Feld – the excitement generated by the potential for photonics in life science and healthcare applications was palpable.

Where Chance, whose prolific publication rate was barley believable, and Feld blazed a trail, so the commercial activity is now set to follow, for example in the form of hand-held optical monitors for checking blood glucose levels. As Dasari Rao Ramachandra from the Massachusetts Institute of Technology (MIT) noted in his tribute, optical spectroscopy techniques first developed by Feld could soon replace the daily needle-stick tests for diabetics with a simple, non-invasive alternative.

As was evident in the start-up challenge event, a major focus in the hot topics session was one of the “grand challenges” identified by the European Commission: techniques for spotting cancer. Moreover, spotting it early, when therapies are far more effective and survival rates much higher.

In the hot topics session, Alexander Oraevsky from Fairway Medical Technologies showed how 3D acoustic tomography could provide quantitative analysis of internal tumors, while JenLab’s Karsten König, leader of another Prism Award-winning team, described how multiphoton microscopy could yield early detection of melanoma – one of the most virulent forms of cancer and a near-certain killer unless picked up in its early stages. 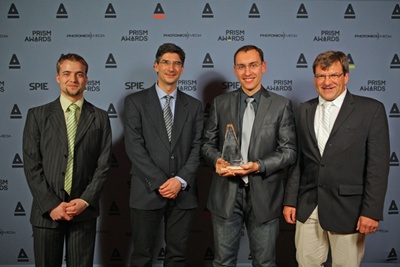 Standards needed
Also becoming more evident are the associated challenges that accompany commercial development. A forum on the development of standards in biophotonics revealed that, well, there aren’t really any standards yet (save for in some long-established applications such as ophthalmology). In other photonics applications, from communications to lighting to semiconductor wafer fabrication, standards have proved to be fundamentally important, and this topic will likely need to become a key focus for future BiOS meetings.

As Steven Jacques, who chaired the BiOS forum on biophotonics standards, says, the medical field needs to be shown that the biophotonics community has its “house in order”, and does not appear to be a loosely associated rag-tag of research groups with different priorities. History shows that the now-regulation technique of mammography went through real problems with standards for image quality. With the sheer variety of biophotonics applications with clinical potential now emerging, one suggestion for the community is to focus on establishing clear standards for a couple of key technology platforms – and this appears to be a sound way to begin the process.

The timescale for this project is relatively short. Approximately one year will be spent on information-gathering, open forums and committee meetings before the findings and recommendations to ensure the best possible future for photonics in the US are published six months later.

The man charged with, as he puts it, “herding the cats” is National Academies senior program officer Erik Svedberg. So far, Svedberg has appointed Alan Willner from the University of Southern California and the Air Force Research Laboratory’s Paul McManamon as chairmen to guide the process.

What was clear from the open forum was that there are going to be a wide range of opinions to take into account for what is likely to be a crucially important report for future of the industry – in the Western hemisphere, at least, given the influence of the original Harnessing Light report on European thinking. ITAR regulations, the relative lack of measurable statistics showing the socio-economic impact of photonics, and the importance of raw materials all got an airing. 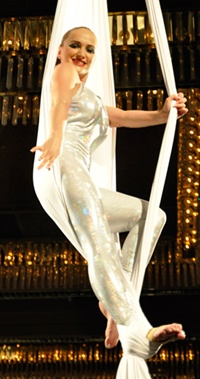 Skills and grand challenges
One perennial topic where everybody does agree is the need for maintaining the skills base upon which the existing photonics industry has been built, with understandable concern about the number and quality of science and engineering graduates and PhDs in the US and Europe, particularly when compared with the huge recent increase of Chinese equivalents. With the absence of a command-and-control economy in the US and Europe, that is a major challenge.

The key aim of Harnessing Light II will be to identify grand challenges and recommend actions that will be required to achieve them in both the short and long term, based on a review of the state of photonics technologies highlighting strengths and weaknesses in the US and elsewhere.

But as one delegate pointed out in the open forum, a problem lies in the fact that while photonics is very clearly an enabling technology, this is not the kind of language that tends to enthuse the corridors of power in Washington, DC. Echoing those thoughts, another speaker related the (perhaps apochryphal) story of a Washington power broker declaring “what has the laser ever done for us?”

This is in sharp contrast with Europe, where the “key enabling technology” (KET) terminology is accepted, and where photonics has already been recognized as one of five KETs, along with nanotechnology, biotechnology, advanced materials and micro/nanoelectronics.

Convincing Washington of the economic value of photonics will be no mean feat, given the disparate applications in which the Photonics West crowd already knows what a huge impact their technologies have. Perhaps what really needs to be harnessed are the requirements and the influence of those at the top of the food chain. After all, where would Intel be without optical lithography? Where would Cisco Systems be without erbium-doped amplifiers, or First Solar without a fundamental understanding of the photonics of CdTe solar cells?

When all is said and done, the strong endorsement of these huge revenue-generators and employers should ensure that the message sent to Washington by Harnessing Light II will resonate more powerfully. Hearing the argument for more investment, and in setting the policies to ensure that the required skills base is maintained, from those whose businesses really have been enabled by photonics will surely help to make the case.

But it will be up to the photonics community to make that happen. As SPIE chief executive Eugene Arthurs summed up: “Harnessing Light I put us on the map. Now we have a chance to do it again.”