Handheld sports rangefinders and laser cinema fuel a 35% growth at Modulight during the first half of 2010.

Modulight, a privately held laser developer based in Tampere, Finland, has announced a 35% growth in sales for the first half of 2010 compared with the same period last year. The result adds fuel to the fire that the optics industry has felt the worst effects of the global economic downturn and is moving steadily towards a period of greater stability.

“We had stable growth averaging between 50 and 100% per annum between 2003 and 2008,” Petteri Uusimaa, the President and CEO of Modulight, told optics.org. “2009 was a flat year for us due to the challenging global economic conditions but I think we fared better than most. We started to pick up orders at a higher rate from January 2010 onwards. Our customer base is coming back with larger orders, and we are starting to see some new business. I see a great opportunity for continued double-digit growth over the coming years.” 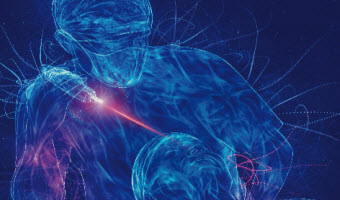 Modulight was founded in 2000 when one of its first products was an uncooled 1310 nm 10Gb/s laser diode. But as with many a company formed around that time, Modulight needed to address new markets over and above communications to survive the collapse in the telecoms sector. Today, it breaks its business down into four areas: communications, security and defense, medical and industrial. And according to Uusimaa, growth is now coming from some unlikely places.

“One of our longest standing product families is a series of high-power pulsed lasers for applications such as range finding and has been in production for several years now,” he commented. “One of our customers is involved in the handheld sports rangefinders business, a much more consumer-oriented field than our traditional high-specification applications. This market is really taking off for us -- we are talking about hundreds of thousands of devices per year for initial production ramp up. Traditionally we have tried to keep away from this type of high volume-low margin area, but we happen to have an extremely competitive offering.”

Another emerging market for Modulight is displays and projection, which exploits its ChiliLase red diode lasers. Unlike many laser companies aiming at pico-projection, Modulight is targeting larger style cinema projection systems as it believes it can offer something different.

“We have specialist products emitting below 635 nm with the brightness and maximum output power suitable for this application,” commented Uusimaa. “We have been also selling into China for this application, a new market for us. In fact, it appears as though companies in China are heading to production at a faster pace than what we see with customers in US and Europe. Two years ago, if you had asked, I would have said we would not be selling anything into China but now we are selling quite a lot.”

The company’s red lasers are also gaining traction in the medical field, particularly for fluorescence, photodynamic therapy (PDT) and surgery. “We are supplying sub-system level products and are working directly with medical equipment manufacturers. This is similar to our work with PerkinElmer, where we supplied an integrated laser solution for its EnSprire 2300 platform in 2009,” said Uusimaa. “We have been in the PDT market for some years now and hope this business will increase. We are also offering longer wavelength devices for surgical applications such as cutting and coagulation.”

In the midst of these emerging applications, Modulight still goes back to its roots and is developing new products for communications. “Today the most interesting market segment there is test and measurement, specifically the optical time-domain reflectometers used to characterise optical fibers,” said Petteri. “This is the ideal application for our singlemode high-power pulsed lasers emitting between 1310 and 1650 nm.”