More than 4200 attendees and 233 exhibitors were in San Diego to discuss the impact that photonics can have on clean energy generation and efficient consumption. 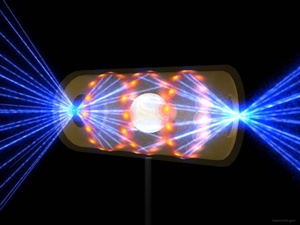 As upwards of 4200 attendees from academic and commercial photonics circles converged on the city’s giant oceanside convention center, many had come to see and hear more about the latest developments in “green photonics”, encompassing a range of technologies from photovoltaics to solid-state lighting.

The cleantech theme was in evidence throughout the event – and not just because of the latest eco-friendly automobiles sporting LED lamps that were dotted around the exhibition floor. The potential of photonics to transform the energy industry dominated the event’s plenary sessions, both in terms of clean production and reduced consumption.

On the power generation front, the opening plenary talk by National Ignition Facility (NIF) director Ed Moses gave the clearest indication yet that laser-produced fusion is a real possibility – and not just for nuclear stockpile stewardship. It now seems possible, said Moses, to adapt inertial confinement fusion – the specific technique enabled by the 192-beam NIF project – for commercial use.

Market pull
That remains a long-term goal and will demand some serious advances in photonics technologies, but of more immediate impact is the robust growth of the photovoltaics industry, and over at the industry exhibition, this was a popular theme among exhibitors. For example, companies such as Goodrich ISR Systems (formerly Sensors Unlimited), who have typically been focused on high-end applications in defense and aerospace, are now finding significant market pull from the photovoltaics industry.

Goodrich’s infrared sensors, based on InGaAs detectors, are being used for quality control of solar materials and processed solar cells, helping to pick out any areas showing defects that may impact the future performance of the panel after it is installed. This is a crucial application, as noted by Miasolé’s Kent Whitfield in a plenary talk on the reliability and durability of thin-film photovoltaic modules.

“Everybody has failure modes,” said Whitfield, adding that standard tests were unable to establish the reliability of modules, and highlighting the importance of quality control techniques such as that enabled by the Goodrich cameras. PV companies should be actively working on reliability and durability issues through stress tests and quality control methods, said Whitfield. 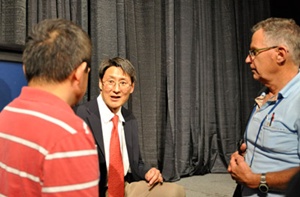 Technology transfer
Another key topic in San Diego was the emerging market for concentrating photovoltaics (CPV). Thus far, CPV has only been deployed in very small installations, and is dwarfed by comparison with the much larger markets for thin-film and crystalline silicon solar.

The SPIE event showed some great examples of how optical technologies can be transferred between some very different disciplines. Among the keynote speakers in San Diego was Roger Angel from the University of Arizona’s Department of Astronomy. Angel is best known for his work on mirrors for astronomy, but now sees the commercial potential in adapting that technology for use in CPV systems.

Existing commercial CPV tends to rely on arrays of optical modules, each focusing sunlight onto an individual high-efficiency cell. Angel has shown that using a single large receiver dish, thereby turning the system into something more akin to a telescope, can vastly reduce the amount of concrete and aluminum required to build the overall system, reducing costs accordingly.

With a 2 kW receiver to be built by the end of this year, Angel has recently started up a spin-out company to commercialize the approach. Called “REhnu”, the spin-out is raising funds to develop mass production techniques, and to test a 30kW prototype commercial system. 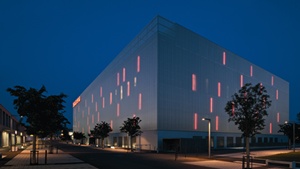 Energy-conscious world
On the energy consumption side of green photonics, the recent technological progress in white LEDs has been remarkable, and widespread market penetration of lighting products based on LED chips is now very much a question of “when?” and not “if?”.

Speaking directly after Ed Moses in the opening plenary, Jeffrey Tsao from Sandia National Laboratories highlighted how the cost of lighting has always been dominated by the operating, or energy cost associated with it. Since the advent of the candle, this cost has decreased by some four orders of magnitude – thanks mostly to Edison’s invention of the incandescent light bulb over a century ago.

But as Tsao pointed out: as the human race gets wealthier, and as light gets cheaper, more and more artificial lumens are consumed – to the extent that there is a linear historic relationship between lighting cost and consumption. What this means is that, in an energy-conscious world, the efficiency of producing that light is crucial.

Solid-state lighting (SSL) is expected to produce a further 0.5-0.75 orders of magnitude improvement in energy efficiency, although many technological challenges remains before LED emission gets close to its theoretical maximum. Nevertheless, Tsao sees 2012 as the “magic” year, when SSL will become cheaper overall than fluorescent lighting, and start to make serious market inroads.

It is fair to say that organic LEDs are nowhere near as advanced as their inorganic cousins, in terms of commercialization for general lighting. Yuan-Sheng Tyan, VP of research and development at the University of Rochester spin-out TCE*OLED, suggested that OLED technology needs to be positioned as a replacement for entire luminaires (rather than a bulb replacement). Among the existing problems with the technology is the trade-off between high-current operation and lifetime. 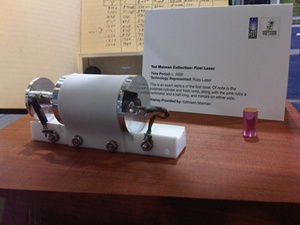 Efficacy target
In a panel session on illumination sponsored by software company Optical Research Associates, Marten Sikkens from Philips Lighting said that he expected SSL to reach performance levels of around 200 lm/W within five years – an efficacy that would far surpass any other lighting technology.

But while OLED lighting is certainly efficient, it lags well behind in other criteria, said Sikkens. Overall luminance of OLEDs – the number of candelas emitted per unit area – is in particular need of improvement.

As things stand, solar technologies make up less than 0.2 percent of global energy production, while Tsao’s estimate is that 6.5 percent of primary energy consumption is used to produce artificial light.

With the progress in photovoltaics and SSL enabled by events such as Optics + Photonics, the gap between those two figures is surely set to shrink rapidly. Who knows, perhaps in the long term, the event’s attendees may even see the two figures converge.

Mike Hatcher is the Editor in Chief optics.org