Laser-assisted thermal ablation is used to treat otherwise inoperable lesions; Texan firm has many other photonic technologies in development. 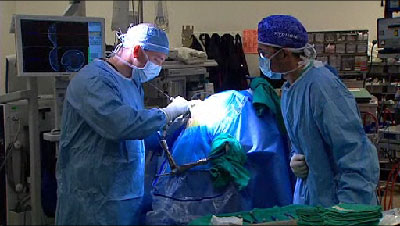 A novel laser-assisted surgical technique has shown promise as a treatment to destroy a particular type of brain tumor that has proved resistant to more conventional surgery and radiation.

Developed by the Texan company Biotex, the laser-assisted thermal ablation method works in conjunction with a magnetic resonance imaging (MRI) scanner to monitor the surgery in real time.

The approach was recently used on a patient for the first time in the US, at the Robert Wood Johnson Medical School in New Jersey. Just six hospitals in the US are equipped with laser-assisted thermal ablation systems.

Performed by Shabbar Danish MD, the recent surgery represents the first laser thermal ablation treatment in the US of a specific type of recurring malignant tumor known as an intracranial ependymoma.

“This is a tool for patients with tumors who have been told they do not have other options,” said Danish.”It is also a viable option for patients who do not want radiation therapy or general anesthesia.” One of the key advantages of the laser approach is the minimal invasion when compared with other surgical techniques. The patient treated by Danish was able to leave hospital just one day after her procedure was completed.

That procedure involved placing the laser, delivered via a diffusing fiber, directly into the patient’s brain tumor. After that, the patient was moved to an MRI unit so that the ablation of the tumor could be watched by the surgical team in real time.

FDA clearance
Biotex first gained FDA clearance for the technique back in 2006. Since then, trials of its system have been performed at the Assistance Publique-Hopitaux de Paris in France. In 2008, a team of neurosurgeons there reported in the journal Neurosurgery on the treatment of six patients with similarly resistant brain tumors. No initial recurrence of the tumors was seen within the thermal ablation zones treated.

That trial represented a world breakthrough, as it was the first time that a surgical laser had been used inside an enclosed skull, with MRI guidance. Full treatment included two or more surgical procedures, with five of the six patients suffering no relapse when tested nine months later.

Since the initial FDA approval of the ablation system, Biotex has gained clearance for some adaptations of the technology, as well as approval in October 2009 for a series of diode lasers emitting at 980, 940 and 810 nm. Operating in pulsed or continuous-wave form and approved for delivery via a 400 µm fiber, these lasers are aimed at applications in plastic surgery and dermatology.

In an April 2010 study carried out at the MD Anderson Cancer Center at the University of Texas, the performance of a 15 W, 980 nm diode laser in conjunction with a flexible diffusing-tipped fiber optic was tested on tumors in dogs.

Although this work is at an early stage, the results showed that the new 980 nm diode laser source with an internally cooled applicator was able to create large ellipsoid thermal ablations in less than three minutes. 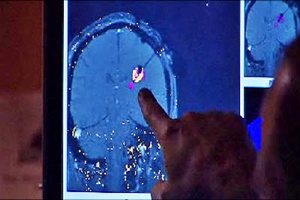 Closed feedback loop
Biotex developed the MRI-guided ablation system in collaboration with research partner Visualase, Inc. The system uses information from the MRI to monitor the temperature of tissue being heated during laser therapy, with a closed feedback loop controlling the laser output and, says Biotex, improving safety by stopping over-heating of the ablated tissue.

The Houston-based company is busy developing a range of surgical laser techniques and other photonic devices. These include a cooled-tip catheter for laser treatment of ventricular tachycardia – a potentially life-threatening arrhythmia, or fast beating, of the heart, and a cooled laser balloon for the treatment of gastro-esophageal reflux disease, better known as acid reflux.

BioTex is also developing and testing a novel technique for improving the effectiveness of laser removal of certain types of tattoos which are not well treated with current laser tattoo removal strategies.

But it isn’t just surgical procedures being developed at Biotex. The company is also working on some new optical techniques designed to image cell functions and provide early diagnosis of cancer. 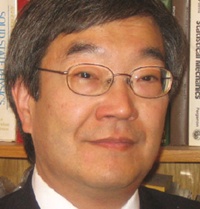 Combination tool
The company’s fluorescence image guided optical coherence tomography (FIG-OCT) project is aimed at creating a better probe for early cancer detection. OCT has long held the promise of providing highly detailed images of microstructures in superficial tissues, or what has been termed an "optical biopsy.", and the technique is now widely deployed: OCT system vendor Optovue sold its 2000th such system in February 2010, for example.

However, the problem with OCT imaging is its extremely small field of view – meaning that although it can pin-point problem cells, it is not practical for large-scale screening.

In contrast, fluorescence imaging has almost the opposite characteristics: it provides a highly sensitive indication of the very earliest biochemical changes associated with many cancers. However, this fluorescence is not always a specific indication, and results in a high rate of false-positives.

What Biotex is attempting to do now is develop an endoscopic probe that combines simultaneous fluorescence and OCT imaging: using fluorescence to locate any suspicious areas of tissue, and then homing in with OCT to examine the tissue microstructure in detail and provide a diagnosis.

The company says that it is initially focussed on early detection of oral cancers, although other applications where this device should prove useful include detection of cervical, urinary, and gastro-intestinal tumors.

Among a number of companies now selling commercial OCT systems is LightLab Imaging, which was acquired by St Jude Medical earlier this month for $90 million. LightLab’s area of expertise is in the use of OCT for cardiovascular treatments, and crucial to the recent acquisition was FDA approval for its catheter-based OCT system, which LightLab received in May.

The non-occlusive, intravascular imaging technology, which won LightLab an SPIE-sponsored Prism Award earlier this year, allows a clinician to readily see and measure the characteristics of blood vessels that would otherwise be invisible or difficult to observe with standard intracoronary imaging techniques.

According to St Jude Medical, the market for OCT is expected to grow at a double-digit compounded rate over the next five years, while capturing an increasing share of the intravascular imaging market.