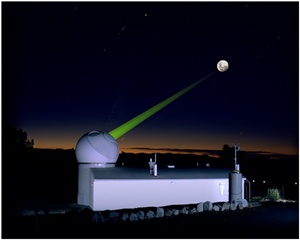 A consortium led by the Australian company Electro Optic Systems (EOS) is to build an automated laser system to track tiny pieces of space junk that threaten orbiting satellites.

The consortium members, which include US-based Global Near-Space Services, will use the grant to part-fund a AUS$9 million project to upgrade the system at the Mount Stromlo observatory located near Canberra, the Australian capital.

Craig Smith, the chief executive at EOS Space Systems, explained why the upgrade was needed:

Speaking to optics.org, Smith added that although the specific details of system performance and targets were confidential, the laser tracker is capable of detecting objects less than 10 cm across at distances beyond 1000 km.

The potential destructiveness of the debris left behind by human activity in space has long been recognized –a single major incident in the geosynchronous orbit could destroy key communications satellites, for example. 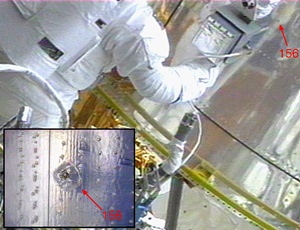 According to Smith, almost all of the critical components for the tracking system, including the laser, telescope, timing systems and control systems were developed in-house by EOS.

“The new project plans to provide full autonomous and unattended operation to the system, as well as some sensitivity upgrades to track smaller objects,” Smith explained. “This will provide a more robust and reliable system that is ready for commercial operations once lead customers are signed up to the service.”

“The primary cost saving is to provide full automation to the tracking system, so that we do not need to provide system operators on shift 24/7,” he added. “The automated system is also faster and more efficient than human operators, although human operators typically do a better job in sub-optimal conditions due to their adaptability.” 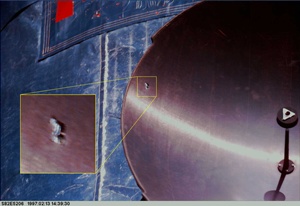 Space junk backgrounder
Debris in space has long been recognized as a problem, and in 1993 the multinational Inter-Agency Space Debris Coordination Committee, which includes NASA, ESA and the Chinese and Russian equivalents was set up to attempt to deal with the issue. NASA even has a publication – Orbital Debris Quarterly News – dedicated to the subject.

The two most significant incidents to generate debris have happened within the past few years. The first was in 2007, when the Chinese Fengyun-1C spacecraft was destroyed as the result of an intentional anti-satellite test.

That single incident, which took place at an altitude of 850 km, is now thought to be responsible for nearly 20 percent of all the cataloged man-made objects in orbit about the Earth. Two years later, in February 2009, another collision – this time accidental – resulted in another significant generation of debris. In that incident, an Iridium 33 satellite collided with a decommissioned Cosmos 2251 Russian communications satellite.

With a relative velocity of 11.6 km per second between the two satellites as they collided, the latter incident was the first high-velocity accidental collision between two intact satellites. It left two clouds of space debris extending through much of the low Earth orbit (LEO) that EOS’s tracker system is designed to monitor.

Having been in orbit for more than a decade, the International Space Station (ISS) is the most heavily protected vehicle in Earth orbit. It has suffered a number of “hypervelocity” collisions with space debris, with the result of these impacts visible on its solar panels and windows. Happily, the extensive ISS protection has meant that none of the impacts has yet resulted in any degradation of its operation.

One of the reasons why none of the impacts has been serious is that tracking systems have been able to give sufficient warning to the ISS of large pieces of debris moving towards it – highlighting the importance of systems such as that under development by EOS. During its first ten years in orbit, the ISS performed eight collision avoidance maneuvers, according to NASA. 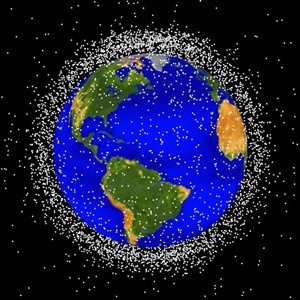 A number of radar systems and optical telescopes have previously been used to monitor space debris: these include the 3 meter liquid mirror telescope in New Mexico, which was closed in 2001, and two telescopes in Maui, Hawaii. Located on top of the Haleakala volcano, one of these instruments measures the spectra and albedo of space debris.

Debris in the geosynchronous Earth orbit (GEO), which poses a particularly significant risk to communications satellites, has been observed optically using two telescopes at the Cerro Tololo Inter-American observatory (CTIO) in Chile.

At the NASA Orbital Debris Program Office, optical techniques are under investigation in the laboratory, in an attempt to more accurately characterize orbital debris in the GEO regime, which remains under-sampled due to its large distance from the Earth.