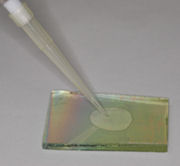 A hard-wearing coating with antibacterial properties has been shown to kill 99.9% of surface-associated E.coli when exposed to white light. Such a coating could be used in hospitals to reduce the risk of bacterial infection, according to the development team at the University College London (UCL) Dental Institute.

"This coating has the potential to be applied to hand-touch surfaces and contribute towards the prevention and reduction of healthcare-associated infections," UCL researcher, Zoie Aiken, told optics.org. "When activated by white light, identical to those used in hospital wards and operating theatres, the coating reduces the number of bacteria surviving on its surface."

Titanium-dioxide-based coatings are known to destroy bacteria when irradiated with UV light. Aiken and colleagues found that adding nitrogen to the titanium dioxide shifted the coating's activation band gap from the UV to the visible region making it effective under normal hospital light conditions. 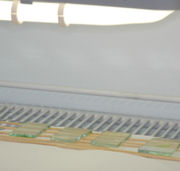 "These coatings could be used in the home to reduce the bacterial load on toilet handles or in the kitchen and can be used in the food industry to kill bacteria on or around machinery," she said.

While current experiments indicate that the coating is hard-wearing and shows no sign of flaking or peeling, further testing will be required to fully determine its lifespan. The UCL team also intends to establish the effectiveness of the coating against specific bacteria such as MRSA.

Aiken concluded: "At present we only know that the coating is active against E.coli. But since E.coli is more difficult to kill than bacteria from the Staphylococcus group, which includes MRSA, the results to date are encouraging."