Anatoly Grudinin is chief executive officer and founder of Fianium, a UK-based fibre laser company focused on volume manufacturing of ultrafast fibre lasers for biomedical and industrial applications. Grudinin has been working in fibre optics since joining the Lebedev Physical Institute of the Russian Academy of Science in 1980. Between 1992 and 2003 Grudinin worked at the University of Southampton, UK, conducting research into ultrafast fibre lasers and nonlinear fibre optics. 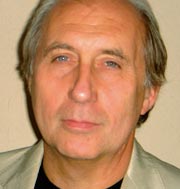 At Fianium we use a semiconductor saturable absorber mirror (SESAM) as one of the cavity reflectors. The other reflector is similar in design to those used in conventional fibre lasers. The magic of the SESAM is that its reflectivity grows with pulse intensity and thus naturally promotes ultrashort pulse generation.

In simple terms, a modelocked fibre laser has very few components and is fundamentally no more complicated than a conventional fibre laser. Such lasers are also very easy to build as long as the correct components (SESAM, doped fibres, mirrors, etc) are available.

In our case, with an ultrashort pulse of less than 10 ps, a few tens of picojoules of energy is generated by the oscillator. This energy can then be amplified with an efficient, diode-pumped fibre amplifier by more than six orders of magnitude to tens or even hundreds of microjoules of pulse energy. This is all achieved within the fibre, resulting in none of the bulk-optics, mechanical alignment and thermal management issues typically associated with solid-state lasers.

Why are fibre lasers important?
I believe that fibre lasers are the future of ultrafast technology and continued research is essential in order to expand their capabilities and applications.

In this context we see two main avenues of research. The first is developing lasers with higher peak powers and/or shorter pulse widths. Second is research into new types of ultrafast lasers using the latest advances in materials, such as photonic crystals and metamaterials. Such materials should not only help to add new functionality to lasers but also open up new wavelength ranges, which are difficult or awkward to achieve using conventional lasers.