Mars is a cold desert planet with no liquid water on its surface. Jacqueline Hewett speaks to Peter Smith, the principal investigator on NASA's Phoenix mission, to learn how optical instruments and a robotic arm are charting the water ice that lies under the planet's surface.

NASA's Phoenix mission has captured the imagination of millions thanks to objectives that include studying the history of water on Mars. Since landing on the northern polar plains of Mars on 25 May this year, Phoenix has returned more than 23,000 images and has made some truly amazing discoveries. Sadly, this is all about to come to an end as the Sun sets on the mission later this month.

"We have confirmed the presence of water ice on Mars," Peter Smith, Phoenix principal investigator from the University of Arizona at Tucson, US, told OLE. "There is absolutely no doubt that it is water ice and that is a major step forward. We also have the first operational LIDAR on Mars and have even seen ice crystals snowing out from below clouds, but not reaching the ground. We have some fabulous data sets." 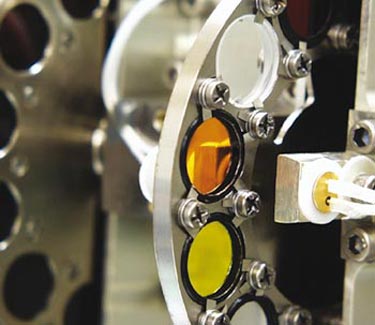 These remarkable findings come thanks to what is arguably some of the most sophisticated and advanced technology that has ever been sent to Mars. Among the suite of seven science instruments onboard Phoenix are a scientific laboratory for determining the chemistry and mineralogy of soils, a stereoscopic imager, a camera at the end of a robotic arm and an optical microscope, all of which benefit from the expertise housed at the University of Arizona.

Winning the right
It has been a long journey for all involved in the Phoenix mission, with the time spent on Mars being the culmination of many years of work and dedication. Phoenix is a "proposed" mission, meaning that it was not a NASA core mission. The team in fact won the right to go to Mars through a competition. "This was NASA's first scout competition and we proposed an entire mission," explained Smith. "In fact 25 different groups, each led by a scientist with a vision, wrote proposals about how they would carry out their missions. It took us 18 months of hard work to win the Phoenix mission. We were awarded the contract in August 2003 and finally launched on 4 August 2007. I had to clear my calendar for five years." 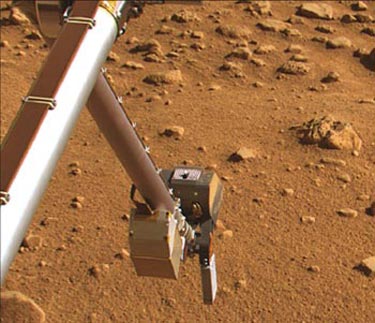 But what gave Phoenix the edge? For Smith and his team, the priority was to meet the science goals within the cost cap. That's why they opted to use an existing spacecraft built for the Mars Surveyor Program 2001, as well as existing instrumentation.

"In our favour, the cost was lower because we had used existing instrumentation and were bringing 10 years of NASA investment back to flight condition," said Smith. "Against us was the fact that the sister spacecraft had crashed and no-one knew why. Because of the reuse of previous mission hardware, we called it Phoenix after the mythological bird reborn from the ashes of his predecessor. There was at least one fatal flaw in this spacecraft, maybe many. We started with a test programme trying to uncover and fix all of the problems that we could find." 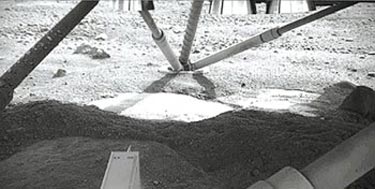 And as for giving the mission a science goal, as fate would have it, the Mars Odyssey Orbiter found large amounts of subsurface water ice in Mars' northern arctic planes in 2002 using its gamma-ray spectrometer. To build on this finding, Smith targeted the polar region and designed Phoenix with a robotic arm that could dig through the top soil layer and bring both water ice and soil to a lander platform for analysis. All in all, it was a winning combination.

Weather reports from Mars
Phoenix's meteorological station (MET), which includes the LIDAR instrument, has monitored the weather on a daily basis since landing on Mars. Designed and built by Canadian company Optech in partnership with MDA Space Missions, the LIDAR probes the local atmosphere and investigates the vertical distribution of dust, ice, fog and clouds. 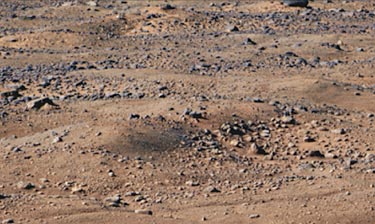 "When you study an atmosphere, the point of interest is the boundary layer – on Earth, this is typically from the surface to the bottom of the clouds," explained Smith. "Studying the lower boundary layer from orbit is extremely difficult as you have to look through the entire upper atmosphere. In order to make a good measurement, you have to be on the surface and you have to have an instrument that measures distance to the local clouds. This is so important for us."

The Phoenix LIDAR has generated invaluable data that charts the cloud-forming height as a function of time of day and season. "All previous atmospheric models for Mars have put estimates on these things because there have never been actual measurements," commented Smith. "Ours is a calibration point for future atmospheric models."

The laser that makes all of this possible is a passively Q-switched Nd:YAG emitting at both 1064 and 532 nm. It operates at a repetition rate of 100 Hz and is capable of firing 10 ns, 1 mJ pulses into the atmosphere to probe heights of up to 20 km. Backscattered light is collected by a 10 cm lens and detecting at the two different wavelengths allows the instrument to discriminate between ice and dust, as they have slightly different signatures.

"A photodiode performs analogue detection at 1064 nm and for the green light we have a photon-counting system," explained Smith. "This has allowed us to see ice crystals snowing out from below clouds. It's really quite amazing what this LIDAR has been able to do."

The eyes of Phoenix
Optical innovations can be found throughout the entire suite of scientific instruments, not just the MET and its LIDAR. Other examples include the surface stereoscopic imager (SSI), the robotic arm camera (RAC) and a microscopy and chemical analyser.

The SSI is essentially the eyes for the Phoenix mission and is mounted on a turreted head so that it can see in all directions and provide information in three dimensions. "This is really important when we are digging," explained Smith. "We have to know where the surface is and how deep our hole is." Smith explains that the SSI uses a Cooke triplet lens, which is focused to a hyperfocal point so that everything is in focus from the surface to the horizon. "It is accurate to about 1 cm for the depth and the resolution is about the same as the human eye," he said. "The SSI uses a standard CCD so spans the spectral range from 400 nm to 1 µm."

The SSI also comes into play when the team wants to observe the soil samples that are being returned. These images would be out of focus but for a lens placed in a filter wheel in front of each detector. "Each eye has 12 filters, so we have 24 filters available on this camera system," explained Smith. "This includes a diopter 'reading' lens for looking at soil samples up close. We also have a polarizer for looking at the sky and special narrowband low transmission filters so that we can look at the Sun directly and get the opacity of the atmosphere."

Next up is the RAC, which is on the wrist of a long 2.3 m arm. With the requirement of needing to focus on objects just 11 mm away right out to infinity, the challenge for the development team at the University of Arizona and the Max Planck Institute for Solar Systems was to find a lens with minimal aberrations. The answer was a modified double Gaussian lens, which Smith says works extremely well.

One of the defining moments for the RAC was when it was positioned to look under the spacecraft, just five days after landing. "What we discovered was ice that had been exposed by the thrusters during touchdown," enthused Smith. "The power of the thrusters was enough to blow away the 5 cm of soil that covers the ice so we had ice exposed under the lander. We couldn't have asked for anything better."

Back to everyday business and the RAC can characterize soil samples in terms of colour, grain size down to around 50 µm, texture and porosity. When taking a close-up image, the imaging scale is 1:1 and each pixel of the 256 × 512 CCD corresponds to 23 µm at the location of the target. The RAC also has two lighting assemblies mounted above and below the camera objective containing 26 red, 26 green and 52 blue LEDs, allowing it to capture true colour images of a target.

Finally, optical and atomic force microscopes complement the microscopy, electrochemistry and conductivity analyser's (MECA) wet chemistry experiments. "The optical microscope uses a telecentric doublet and has a resolution of 4 µm per pixel so instability precluded an arm location, it had to be on the deck and we had to bring samples to the microscope," said Smith.

Once an area of interest has been identified using optical analysis, the team can switch to the atomic force microscope, which has a resolution of just 100 nm and can show the detailed structure of soil grains.

The trouble with landing at the pole, just like here on Earth, is that while summer offers perpetual daylight, winter plunges the land into constant darkness. And when you are powered by solar panels, this spells game over.

Phoenix's primary mission was scheduled to last just 90 Martian days, taking it to around mid-August, however NASA extended the mission to allow scientific experiments to continue. Crucially, Phoenix will now witness the turn of the season from summer into winter when the temperature starts to plummet and solid carbon dioxide ice starts to form.

"It will be over soon, Phoenix is going to die," said Smith. "We will be finished probably late November, we just have to wait and see. Reincarnation is questionable because of the intense cold and the carbon dioxide ice. But we have been successful beyond my wildest dreams."

For more information on the Phoenix mission, visit http://phoenix.lpl.arizona.edu/.