Couder turns the tables at Bookham

Despite burning its way through hundreds of millions of dollars over the past 20 years, InP and GaAs chip maker Bookham is still in business. Remarkably, it now looks like it will be generating cash by the end of 2008. Michael Hatcher asks CEO Alain Couder how he has turned around the company's fortunes.

What have you brought to Bookham?
I think I bring experience in turning companies around. The difficult part is not so much cutting costs, but building a growth path after that. And building a management team that can do it. 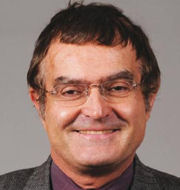 In terms of the semiconductor industry, as an engineer I started out doing chip design. And later on I was chief operating officer at Agilent Technologies [now Avago]. So I have been involved with very dense, high-performance large-scale integration, and telecoms and optical technologies.

I have a pretty good understanding of the market, as well as management experience. But this is not enough – even if you are the boss, you do not change the culture of a 2000-person company overnight. I really liked the people I met here – like Jim Haynes and Adrian Meldrum – and I thought that we could work well together. That's an important element of success, to be in a team that can work together and with minimal politics at the executive level.

Bookham has never been a profitable chip maker – how can you achieve that?
There are two pillars to a strong company. One is innovation and the other is customer relationships. I believe that, from an intellectual property standpoint, we have excellent engineers who can innovate. But we just need to make sure that they are focused on a few projects, so that we don't spread our resources too thin. Although I wasn't there, from what I have seen this has probably happened in the past. There were several areas that we had to discontinue because we had no chance of becoming a leader in that field.

This was the challenge that we had with recent new products. They didn't have the correct bill of materials to be priced at the right point for the market. So we worked with our customers on what the right price was and then we put in place a cost-reduction program. One example was with the tunable [laser], which is now a high-growth product in telecom. With that in place we are quite confident that we can start generating cash before the end of the year.

How much more do you need to improve margins?
We are doing a little bit of additional cost cutting, by moving our San Jose manufacturing to Shenzhen and by aligning our research and development resources around the world better, but without cutting them. I want to keep research and development spending at 13% of revenue, so this is more of a redeployment of resources than an actual cost cut.

Because of the improvement in our bill of materials and efficiency, plus the additional restructuring, between now and the end of the year we will save about $5–6 million per quarter.

Then we will be making money, but we won't stop there. The next step is to continue to grow the top line, and I think that we're on track to do that year after year. We are growing between 20 and 30% [per annum] right now and I think that we clearly have an objective to have a gross margin in the range of 25–30%, with a 10% operating margin. We have tax credits in the UK and US, so we probably won't be paying taxes for a few years. This could make us an attractive company from an earnings point of view.

Bookham has raised and burned through a lot of cash in the past. Will you need to raise any more?
No. This is why we have been putting all the focus on cash. The number-one priority now, and for several months, has been cash. I'm not saying that by the end of the year we will be profitable, but the objective is to start generating cash by then.

We have about $50 million cash [on our balance sheet] and moving forward we are not going to use much of that. I'm not saying that we will never again raise money from an external source, but for organic growth, no – we have the cash we need. It is incredible that you can raise cash for 20 years and not make money, but this is the way it has been.

When I joined there was a lot of doubt about the future of Bookham and whether we would still be around. I think that this has totally changed. When I meet with investors now, I get a lot of questions but I don't think that there is any doubt that we will be one of the important players in the game.

Has pricing pressure eased in response to industry consolidation?
Price pressure is there, and will continue to be there. I've been in the semiconductor industry before and I don't see any reason why Moore's law will not apply to the optical components industry too. So it's not price pressure: it's more prices declining over time with better technology.

If you look at it as Moore's law, rather than price pressure, you make different decisions. You decide that you have no choice but to invest in innovations in such a way that the price can decline. This takes us back to one of the major strategic decisions that Bookham has made: that the breakthroughs in cost reduction have to come from the chip level. It is by integrating more functions in one chip that we will get the costs down. I think that having control of the InP fab in Caswell and having a very experienced R&D team working on these matters makes a difference.

For GaAs lasers the price per watt of output is declining very much along the lines of Moore's law as well. It's the same thing.

How will industry consolidation in optical components affect Bookham?
Bookham's chip technology is the cornerstone of future growth, but it does position us in telecom. We are not in data communications and we are not in access networks – we are focused on long-haul and metro, and in that area we have been successful.

But we think that to be competitive in the amplifier space we need reconfigurable optical add/drop multiplexer technology, so we will find a way to get that. We are strong at the chip level – that's our core competence. We will complement that with partnerships and we are working on technology acquisitions.

At the same time, consolidation in the industry is clearly there, and Avanex and Bookham were talking 18 months ago. If the opportunity arises, and makes sense for our shareholders, we might do it. But we have to be aware that mergers between similar-sized companies are difficult. In high-tech, my experience is that the probability of success is not very high.

What kind of chip technologies are you spending money to develop?
There is some money in the UK for InP: we have a 40 Gbit/s prototype that we are showing customers, which has more than one function on the chip. In Zurich we are working on improving the price per watt. We entered the submarine pump business two years ago and we are deploying in volume to Tyco. We also have design wins with a couple more customers and next year we should start shipping in volume to them as well. So we are putting in money to ensure that we continue to improve these products.

However, in pump lasers the number of competitors has shrunk dramatically. We are down to competition with just JDSU and 3S Photonics. So with that consolidation we can really invest for the future and increase the power and stability of our product. This is an area where we can make money.

What is Bookham's most important product?
Oh, it is clearly our tunable laser – that is growing very fast. We are capacity limited for the June quarter, and we are investing in a significant increase in capacity for the next and following quarters. In the March quarter our sequential growth was 75% for tunable lasers. In the June quarter it will be less, but we should resume this kind of growth in the September and December quarters.

But we were not optimistic enough in our forecast and we have changed it to make sure that it does not happen again in the future. The limitation was due to slow testing capability – testing a tunable product is a lot more complex than a fixed-wavelength laser because you have to check all of the wavelengths.

We are winning the designs almost all of the time because of a combination of performance, cost and quality. There have been some rumors in the industry that we have been dumping prices to gain market share, but I don't think we did that. We maybe did some forward pricing but that's all.

You came in to turn the company around. When will you have achieved that?
The next milestone is clearly generating cash, but this only has value if you can maintain growth momentum. You can't get there out of breath, because if you are you cannot run any more. [Generating cash] is the next milestone, but it is not the end. The target is to get to a cost structure that can generate a 10% operating margin. We have growth momentum, but our fab is not full and nor is Shenzhen. I believe that we will be able to get there in a reasonable amount of time and that we are starting to make it a great company. Profitable growth – that's the only game in town.

• This article originally appeared in the July 2008 issue of Compound Semiconductor magazine and on compoundsemiconductor.net.