France-based laser developer Quantel has this month expanded into the diode laser sector with the €3 million acquisition of Nuvonyx, a subsidiary of US company ICx and previously part of Thalès Group. Nuvonyx develops quasi-continuous high-power laser diodes ("QCD lasers") and generated revenues of around €5 million in 2006.

Quantel says the acquisition of the now renamed Quantel Laser Diode (QLD) strengthens its range and adds a fundamental technology for the development of diode-pumped lasers intended for applications in defence, aerospace and pulsed laser pumping.

The acquisition is being financed through a €3 million capital increase, which is creating almost 120,000 new shares at a price of €25, with subscription reserved for about 10 key institutional investors under a private placement arrangement. 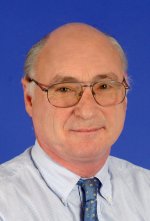 "Quantel has a number of products based on diode pumping for military and medical markets," explained Alain de Salaberry, Quantel's president and director general. "We made this acquisition primarily for the diode laser technology. This deal expands our range once again. We invested a lot in fiber lasers during 2006, and we began shipping those products at the end of 2006."

De Salaberry believes Nuvonyx's technology is important for Quantel's future plans, but he is also expecting a financial return on the deal relatively quickly. "Before the acquisition we did not have much business in the laser diodes area. Nor was Nuvonyx a regular supplier to Quantel, but we recognized the potential."

Following the acquisition, Quantel is considering the consolidation options: the Nuvonyx site is only a few kilometres from Quantel's new premises in Les Ulis (near Paris). De Salaberry says that the Nuvonyx personnel will remain with QLD - "any necessary restructuring was made prior to the deal," he said.

Considering the likely development of Quantel's product range, he said the company is planning to invest in both quasi continuous wave (QCW) and CW lasers, in particular to achieve higher powers and efficiencies.

"It's clear that all laser diode developers are trying to get more and more power and improved efficiency. We want to improve the efficiency of the laser diodes and we want to take advantage of our QCW products, which we believe are among the best in the world."

In total, Quantel now employs around 330 people mostly in France but with 70 in the US and smaller offices in Germany and Thailand. "We are likely to expand these other offices as demand dictates," said de Salaberry. "At the moment I believe our international sales activities are similar to other companies operating in the same markets as us."

Also during 2006, Quantel hired the development team from Highwave, yet another French fiber-laser company which, like Keopsys, is based in Lannion, Brittany. "So now we have a fiber-laser R&D centre in Lannion dedicated to next-generation fiber lasers.

But like JDSU - and in contrast to IPG Photonics - Quantel is planning to keep its fiber laser products well below the 100 W output level. Instead the company is interested in developing high energy pulsed 10ns fiber lasers, specifically for marking and surface treatment applications. To this end it is also working closely with Eolite (formerly Femlight).