A regular round-up of staff changes within the industry featuring Aerotech, Forth Dimension Displays, Optical Surfaces and more.

Aerotech, a manufacturer of motion control and positioning systems, has hired Nigel Johnson as international sales manager. The position involves working closely with the firm's European subsidiaries and distributors to develop a new strategy for growing sales channels and expanding market share. Johnson joins the company following 10 years with Parker Automation, UK, where he was most recently regional sales manager for the UK, Ireland and Scandinavia.

James McGroddy, a former senior vice president of IBM, has joined the board of directors of Scottish microdisplay firm, Forth Dimension Displays (ForthDD). At IBM, he helped enhance the link between R&D, manufacturing and product exploitation, and led a major restructuring of the firm's research efforts.

"Jim's proven leadership in driving new display technologies to the marketplace through cooperation with Asian partners is very important to Forth Dimension Displays as we take our technology into larger consumer segments, such as rear projection HDTVs," commented Leslie Polgar, ForthDD's CEO.

Planar Systems, US, has hired Scott Hix as vice president of business development. The flat panel display maker is looking to enter new markets and Hix will be expected to identify emerging opportunities as part of his new role. Hix brings 15 years of technology leadership experience to Planar and his career includes a number of executive positions at InFocus, a provider of projection systems. 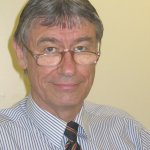 Optical Surfaces has appointed Iain Brock as general manager. The UK firm is looking to build on its existing international growth and Brock will play a major role in coordinating the company's efforts. His experience includes senior technical and managerial positions within the optical divisions of Philips Electronics and its associated companies.

CVI Optical Components has recruited Shahram Khalil as general manager and Tony Posbic as quality supervisor. Posbic will report to Khalil and also work closely with Jim Phelps, who was promoted to vice president of quality earlier this year. Previously, Khalil was a senior manager at ESS Technology, a developer of camera phones. Posbic joins CVI from Pacific Optical, where he was a senior optical specialist.