Coherent shells out $376m in cash for Excel

Coherent looks to double its share of the materials processing market in a deal that could be worth $30 per share to Excel investors.

Coherent, US, is to acquire laser systems and electro-optical components maker Excel Technology, also of the US, in an all-cash transaction worth approximately $376 million.

Coherent expects the transaction to be "modestly accretive" for the fourth quarter of the fiscal year 2006, and believes it has the potential to be "meaningfully accretive" during its first full fiscal year ending September 2007. Excel's financial standing certainly supports Coherent's upbeat predictions: at the end of 2005, Excel had revenues of $137.7m, a net income of $15.2m, $50.3m in cash and investments and no debt.

Through the acquisition of Excel, Coherent hopes to expand its materials processing business, which currently accounts for 13% of total operations. "The rationale [behind this deal] is that it expands our presence in the global market, specifically in the materials processing market where we can roughly double it," said Schuman.

According to the Schuman, the acquisition of Excel will help Coherent expand its available markets and open new ones. For example, in Asia, where Excel uses distributors, Coherent will be looking to combine its global distribution operations with Excel's systems capability. 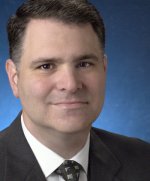 The company's strategy has also been outlined by John Ambroseo, President and CEO of Coherent. "Over the last several months, we have been highlighting the long-term growth potential of the materials processing market as well as the need for consolidation in the photonics industry," he said. "This acquisition addresses both points. The combined product portfolio provides the broadest set of materials processing solutions from components, to lasers, to subsystems, and systems."

Excel also shares Ambroseo's ideas. "The evolution of the photonics industry favours companies that can drive rapid product and application development while improving their own fundamentals," said Antoine Dominic, Excel's President and CEO. "By joining forces with a leader like Coherent, market penetration and adoption can be accelerated. This is especially true since we have a similar vision for the materials processing market."

Coherent intends to fund the deal through a combination of its own available cash and external financing. The acquisition is subject to regulatory approval and must be given the go ahead by Excel's shareholders, who are meeting on April 4 to vote on the merger. Although the transaction was expected to close during the third fiscal quarter of 2006, there is now a possibility that with all the regulatory hurdles cleared, the deal can be closed as early as April.