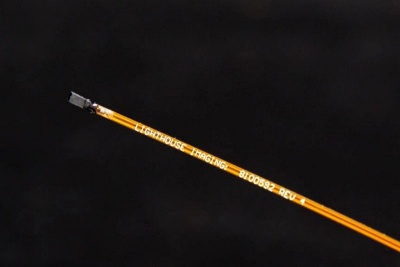 Precision Optics Corporation (POC), the Gardner, Massachusetts, producer of micro-optical components and endoscopes, has completed its upgrade to the Nasdaq stock market.

Shortly after making its debut on November 16 under the ticker symbol “POCI”, the company’s stock price had risen in value by around 10 per cent.

Previously trading on the “over the counter” stock market, which is typically reserved for smaller, younger, companies, POC had announced solid financial results shortly before confirming its promotion.

CEO Joseph Forkey said: “Following the record first quarter fiscal 2023 revenues we announced on Monday [November 14], we believe the timing is ideal to uplist our shares to the Nasdaq.

“This uplisting should enhance the visibility of Precision Optics in the capital markets, allowing for increased sponsorship from institutional investors as well as increased liquidity in the trading volume of our stock.”

That increase was partly the result of last year’s acquisition of Lighthouse Imaging and its single-use endoscopy products, although as Forkey had previously suggested, the underlying POC sales also grew sharply.

The CEO is also expecting full-year revenues to rise by a further 20 per cent as demand for the company’s products continues to grow after recovering from a pandemic-induced dip.

Despite the improving sales picture, the company still posted a small net loss for the period - although thanks to a ramp in production across some areas its operating margins now look significantly healthier than a year ago.

Forkey says that the strategy of engaging with customers in the very early stages of the development cycle is now bearing fruit, with full-fledged products such as “next-generation” cardiovascular endoscopes and spinal surgery devices in production, as well as certain defense and aerospace programs.

Aside from endoscopes, the company specializes in tiny optical components, including sub-millimeter-scale prisms and lenses.

“With a growing production base and large pipeline that continues to move projects through the development process, I believe we are in a great position to continue our financial performance into the future,” he told investors.

“[And] with the positive market response to the combination of Lighthouse Imaging and Precision Optics, the number of opportunities coming to us for new development projects is greater than ever.”

Now that Lighthouse has been integrated, the company is looking to improve its profitability with an upgrade to operational systems across its three locations in the US.