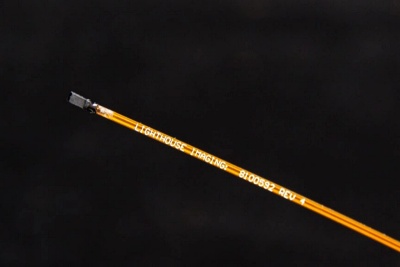 Precision Optics Corporation, the Massachusetts company that sells micro-optical components and systems for medical and defense applications, has posted sales of $15.7 million for the year ending June 30.

In line with its prior estimates, that total represented an increase of nearly 50 per cent on the prior year - and was largely the result of its acquisition of endoscopy specialist Lighthouse Imaging in October 2021.

But on the bottom line, POC’s profitability took a hit, with the company posting an operating loss of just over $1.5 million for its latest fiscal year, up from $0.9 million and partly resulting from the cost of the Lighthouse deal.

He added that the acquisition of Lighthouse Imaging represented a combination of two of the industry leaders in micro-optics and digital imaging, with new customer programs started by Lighthouse now poised to transfer from product development into production.

“The strategic plan and vision to work with customers at the very early stages of the product development cycle to bring cutting-edge technological capabilities in micro-optics, 3D optics and digital imaging to their products is in full effect,” Forkey said, adding that a key aim for the current fiscal year was to improve those operating profits.

“This has created a burgeoning production portfolio, which when coupled with a large pipeline of development projects and improved industry trends following the post-pandemic return of elective surgeries, puts us in a tremendous position to continue the progress we have made in fiscal 2022 into the future.”

Single-use ophthalmoscope
Forkey said that the first program related to the Lighthouse acquisition went into production in the June quarter. Said to be a highly complex optical and electronic otoscope, used for imaging in ear-nose-throat (ENT) applications, the company is now delivering against an initial production order worth $600,000 - with follow-on orders expected.

“Production of this product represents the first successful transfer of a Lighthouse pipeline product since the acquisition and is a great indicator of the likely success of other pipeline programs nearing production,” commented the CEO.

Also set to transition into production in the next few months is a single-use ophthalmoscope design, with regulatory submission expected early next year and a product launch pencilled in for summer 2023.

Forkey indicated that this would be an important product launch for Precision Optics, as it represented the firm’s first high-volume, single-use product.

Nasdaq listing imminent
The CEO senses a major opportunity in the single-use segment of the medical device market, suggesting that by some estimates it is growing two or three times faster than the more traditional market for reusable devices.

According to a Lighthouse Imaging podcast on the subject of single-use endoscopes, the medical devices industry is at something of an inflection point, with imaging and camera equipment now being considered for application of single-use devices - driven by risks of contamination versus the cost of the technology.

One critical development is the degree to which image sensor sizes have shrunk, with good video performance and resolution now available from sensors just half a millimeter across. Aside from the ophthalmoscope under development, suitable applications could include laryngoscopy and airway management.

Forkey also told investors that he was expecting annual sales to grow somewhere in the region of 20 per cent in the current fiscal year, and with that growth rate in mind the company is expecting to complete its listing on the Nasdaq exchange soon. Precision Optics’ stock is currently traded on the “OTCQB” market, for early-stage companies.

Initiated several months ago and already approved by company shareholders, that transition has taken longer than expected, although Forkey said that with all the necessary listing requirements now satisfied, it should be completed in the next few weeks.