Sold by eponymous founder Bob back in April, the optics software and services firm looks to broaden its horizons. 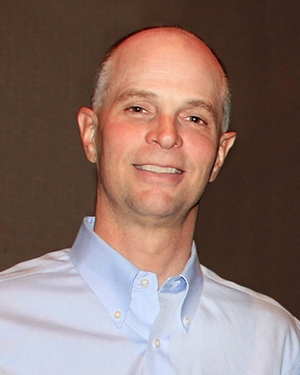 by Ford Burkhart
The Tucson technology executive who purchased the optical engineering company Breault Research Organization (BRO) earlier this year says he hopes to step up its revenues by as much 30 per cent in 2018.

Matthew Pobloske, who has a background in drones and other defense-oriented technology ventures, completed stock acquisition for a controlling interest in the company in late April, but says he’s worked with BRO’s founder Bob Breault, now 77, for two decades. Financial terms of the acquisition were not disclosed.

Fully engaged
BRO has been a key player in the Tucson tech cluster known as “Optics Valley” for nearly four decades. Pobloske told optics.org that the company would retain the name, with the eponymous Bob remaining involved as “chairman emeritus”. The new chief added, “All of the company’s engineers and scientists are still fully engaged.”

Breault still goes to work daily at BRO, liaising with its many clients across the US, Europe and Asia, including government labs, military outfits and Fortune 500 companies.

Pobloske, now with the twin titles of president and CEO, was previously director of business development for Advanced Ceramics Research, which worked on semi-autonomous drone aircraft for the US Navy. Acquired by BAE Systems in 2009, the firm was subsequently sold to Pobloske, who operated it as Sensintel Inc., before selling to BAE’s rival Raytheon in 2015.

Over the same period, BRO has shrunk. In 2009, the company listed 44 employees, including 20 optics and software engineers, including 10 PhDs. Today it has trimmed down to a payroll of 20, with five PhD scientists. Most of the scientists and engineers, Pobloske said, have long careers in major optics projects. 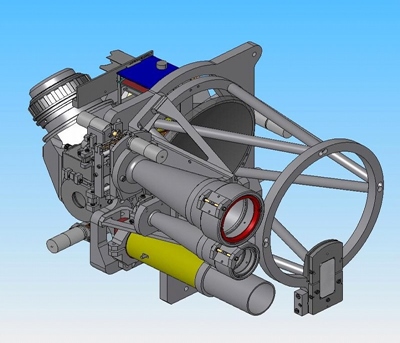 BRO legacy
In terms of floorspace, BRO now has about 10,000 square feet at its midtown Tucson quarters, down from about 17,000 square feet at its former eastside campus, where it helped to make precision products including powerful telescopes and optical components for aircraft and spacecraft, for customers in nearly 40 countries.

“Broadly, the BRO legacy is the company, and it’s tied to Bob’s legacy,” Pobloske said. “It’s been a leader in all aspects of optics, especially our APEX and ASAP software. They are still very important products.”

ASAP, short for Advanced Systems Analysis Program, has been commercially available for more than 20 years. Its core ray-tracing and simulation capabilities have grown to include capabilities for modeling virtually any optical system, “from something as big as a space satellite down to micro- and nano-optical technologies,” as BRO says. It has found use in industries from aerospace to automotive displays, medical instruments, and consumer electronics devices.

Priority areas
He outlined three priority areas for the firm as it looks to grow again. First, BRO will accelerate its pace of development with more frequent and timely releases of software upgrades, providing new capability for APEX and ASAP. “That’s a given,” Pobloske said, adding that the company has already completed redevelopment of both packages.

Second, the company plans to build on its 30-year history of engineering services and product support. “We will be reinvigorating that,” the CEO said. “Working with new products for current customers: that’s the low-hanging fruit.”

Pobloske said he would be able to bring his own technology background to that effort, drawing on successes with high-tech ceramic composites and related materials - something he described as “an ideal fit” with BRO - along with his more recent work with sensors and unmanned aerial vehicles. He also anticipates more work for the DoD, as well as commercial users in the automotive and aerospace sectors.

The third prioritized area will be new product development, although Pobloske admits that he is still weighing up which specific areas to focus on. “Call back in a year and I’ll have a better feel for products,” he quipped, suggesting possibilities in automobile headlights and interior cabin lighting in aircraft.

“We are super excited to be involved with BRO,” Pobloske said. “We are as pleased as all get-out.”

Ford Burkhart is a freelance writer in Tucson, Arizona.