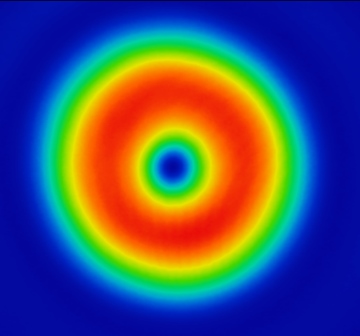 Semiconductor and fiber laser vendor nLight is looking to raise additional cash in a follow-up offering of stock.

The Vancouver, Washington, company, which raised around $100 million when it listed on the Nasdaq exchange in April this year, has posted solid financial results since then – recently announcing a pre-tax income of $9.6 million on sales of $94.2 million in the first half of 2018.

The follow-up offering of 4.5 million shares mostly relates to options being exercised by early venture investors, which will not yield any proceeds for nLight. However, just over 845,000 shares of common stock are also being sold by the company – a total that would realize around $24 million at nLight’s current stock price.

nLight is also in the process of refinancing a $40 million revolving credit facility that it hopes to move to a lower interest rate. As of June 30, the company listed cash and equivalents of $130 million on its balance sheet, alongside a total debt of $17.4 million.

Corona laser launch
Meanwhile, the company has officially launched a new fiber laser featuring programmable beam quality that it describes as a “breakthrough” product for the fourth industrial revolution. The compact “Corona” sources are designed to enable much more versatile laser materials processing tools, by allowing users to perform a far wider range of processes with a single machine.

Jake Bell, the company’s general manager for industrial lasers, said in a release: “Corona fiber lasers will expand the range of metal thicknesses that job shops can cut with a single machine, eliminating compromises they make today.

“Legacy laser technology forces manufacturers to restrict their production to a limited thickness range, to purchase multiple tools for different thicknesses, or to employ expensive free-space optics to laser cut a range of materials.”

According to product details posted on the firm’s website, the new lasers switch between different output shapes within 30 milliseconds when operating at full output power.

“With one Corona laser, users can rapidly select from high-intensity, small-spot-size beams to large, donut-shaped beams, and everything in between,” adds the firm.

All-fiber manipulation
nLight also claims that its design maximizes the lifespan of the Corona source, with “with no maintenance or calibration requirements, and no impact on power consumption, efficiency, size or installation requirements”.

The all-fiber beam manipulation is also said to eliminate the need for zoom process heads, fiber-to-fiber couplers, switches or other free-space optics approaches – helping to minimize system size and complexity.

In an accompanying video, nLight’s CTO Robert Martinsen said that the new lasers overcame one of the fundamental limitations of lasers in materials processing – offering the “ability to control a laser’s brilliance with simplicity and speed, from an all-fiber architecture”.

“Our customers are no longer limited to just a stationary beam profile,” he added. “They can now switch between a broad palette of beam profiles and do it fast – meaning ‘on the fly’ and in real time.”

Citing customer examples, Martinsen said that machine tool OEMs effectively now have access to “multiple lasers in one”, adding that the technology should save them hundreds of thousands of dollars in cutting applications.

For additive manufacturing, nLight claims that the beam-shape versatility will lead to huge savings in cycle time and a “dramatic” reduction in the cost of metal 3D-printed parts, because of the rapid adjustment between optimum beam shapes for building up the different elements of the printed part.

In welding applications, users will be able to switch rapidly between shallow conduction welds and deep-penetration keyhole welds with apparent ease. “Spatter from the weld pool can be reduced, and the width of weld beads can vary on the fly to execute near-perfect joints,” says Martinsen.

The new technology is set to take center stage at two major forthcoming trade shows in Germany and the US: the EuroBlech event in Haonver in October, and Fabtech in Atlanta the following month.