Innoviz and HiRain partner to take LiDAR to Chinese carmakers... 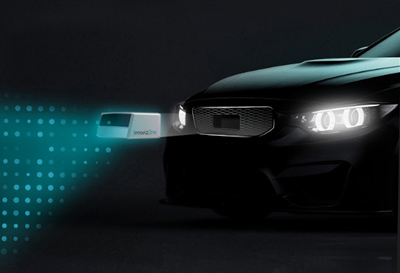 Fresh off a design win with BMW, Innoviz has this week announced a partnership with HiRain, a Tier 1 automotive supplier in China, to take its LiDAR-based vehicle control system and associated computer vision software to Chinese automakers.

"Now, through this partnership between Innoviz and one of the largest Tier 1 providers in China, those manufacturers will now have access to a comprehensive mass-market LiDAR solution as an integrated component of their overall autonomous driving systems.”

Innoviz's solid-state LiDAR solution leverages a proprietary MEMS-based design to ensure safety, performance and reliability. This LiDAR enables autonomous vehicles to sense their surroundings, even at long distances, in varying weather and light conditions, and in multi-LiDAR environments.

Omer Keilaf, CEO of Innoviz, commented, "China is helping lead the way towards the autonomous vehicle future, and HiRain is one of the most influential companies in the Chinese automotive industry. Together, we will help Chinese auto manufacturers achieve the standards they demand for safe and reliable LiDAR sensors, at the price point they desire."

Yingcun Ji, CEO of HiRain, said, "LiDAR is one of the most critical technologies for automated driving systems, and we partnered with Innoviz because its cutting-edge LiDAR will help us expand our leadership position within the Chinese automotive industry and blaze a trail towards the autonomous driving future." 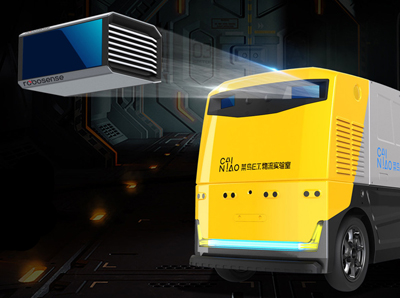 G Plus is the first solid-state LiDAR unmanned logistics vehicle.

RoboSense and Alibaba will provide delivery vehicles with solid-state LiDARs for G Plus unmanned logistics cars/trucks, which they say will “drastically reduce costs”. The G Plus is equipped with three RS-LiDAR-M1Pres, two in front and one in rear, to ensure effective 3D perception for driving. This arrangement allows vehicles to perceive the direction of travel: shape, distance, azimuth, travel speed, and direction of travel of oncoming pedestrians and other vehicles and exactly where to drive.

RS-LiDAR-M1Pre is the first MEMS solid-state LiDAR launched by RoboSense. Presented first at the CES 2018, the core technology of the MEMS LiDAR is disruptive to traditional mechanical multi-beam radars. RS-LiDAR-M1Pre MEMS micro mirror scanning scheme requires only a few laser emitters and receivers to scan the MEMS micro-mirror in both directions because of the swing angle. Its specification includes vertical angle resolution of 0.2° throughout the angle of view.

For traditional mechanical multi-beam LiDAR to achieve the same effect, they require more than a hundred laser transmitters and receivers to simultaneously rotate and scan, greatly increasing costs and reducing yield and reliability, making the advantages of MEMS solid-state LiDAR technology obvious. While improving the performance of LiDAR, cost savings is great, and miniaturization greatly improves stability. 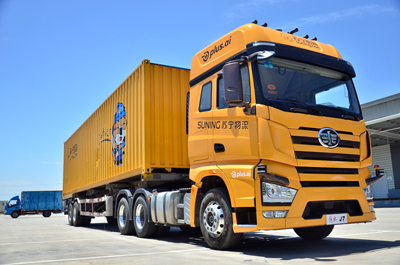 Stroll on: Suning Logistics has completed tests on its "Strolling Dragon" truck.

Strolling Dragon is the largest unmanned truck in Suning Logistics' automated fleet, boasting Level-4 self-driving capabilities, the company states; “it is highly automated, and is able to operate without human input within pre-programmed parameters. It is the first self-driving truck developed by a Chinese e-commerce company to pass logistics campus tests and highway-scenario road tests in China.”

Equipped with artificial intelligence, deep-learning technologies, and high-tech gadgets such as laser radar, Strolling Dragon has superhuman vision that enables it to accurately recognize obstacles at a distance of over 300m, even at high speed. In addition, the unmanned truck can make emergency stops, or avoid obstacles at a response rate of 25ms, allowing for safe autonomous driving even at a speed of 80km/h.